Previewing an Upgraded
'Order of the Ages'

These two major themes of Heartware stem from
the major themes or mottos of U.S. Founders on
two sides of the Great Seal of the United States
and their contemporary representation globally in
our new world of instant-everywhere & interactive
Net reality for the all-connected Family of Mankind.

The 2 sides of the Great Seal represent both sides
of the material and spiritual world in which we live.

In 1776, this theme represented the diversity of the
13 colonies of the original states forming one union.

In today’s world this meme represents the unity in
diversity of global sovereign Netizens as are united
by upgrading core Constitutional freedoms of & for
all of 'US' as the United Sovereigns of Earth.

It was a common man, Thomas Paine, who sparked the
American Revolution with his treatise, Common Sense,
for the Great Experiment in public self governance that
can now rapidly proceed in our global social networks.

Then and now, the diversity of the material world
is transcended by the Unity of the spiritual world
or what science in today’s world understands as
the quantum reality of cause and effect whereby
we shape our global communication communities
and our social networks shape social Conscience.

“Conscience is the most sacred of all property.”
~ James Madison, Chief Architect of the Constitution

The constitution of principles & processes framing Heartware™
represents core themes of the Great Seal in unique ways that
fulfill the "evolution revolution" (rEVOLUTION) that initiated the
Founders’ Great Experiment in representative self government.

Divine destiny for America was championed by U.S. Founders,
and there is a divine destiny for Earth that now champions an
Internet upgrade of core Constitutional freedoms for all global
Netizens, to fulfill a global rEVOLUTION in higher Conscience.

This is the natural progression of the computer/Internet revolution,
the Spirit that matters at the heart of a new unity in our diversity.
What’s unique now is that the rate of change is accelerating with
convergence of both inner and outer dynamics of the Big Picture.

What we see on the outer reflects quantum reality on the inner.
There is a time lag for adapting our institutions to inner reality,
but the higher the concept of natural trends shaping the global
transformation of social networks with social Conscience, the
greater the results to fulfill our conscientious common sense.

to Heartware™ emphasis: (Heartcom Services),
pioneering the last frontier of inner space as the
InnerNet at the interactive heart of cyberspace.
(Culturing 'nonlinear' Effective Sensory Perception)

The natural evolution of the computer/Internet revolution has
accelerated from an early emphasis on mainframe hardware
to a later emphasis on PC software.  And then the computer
became the all-connected network of computers; netware.

Now the emphasis is networked cyberEthics enlightenment
for a systemic global rEVOLUTION in higher Conscience.

This rEVOLUTION is the less is more (etherealization) trend
whereby science has moved from the dense to the light and
from the gross laws of matter to the quantum laws of Spirit.

This process of conscious evolution thus serves innovation as
will define (hardware), refine (software), combine (netware)
and shine (heartware) for integrated holistic etherealization
of the computer/Internet revolution with a heart; Conscience.

Such a rEVOLUTION in conscientious common sense will
naturally involve and evolve our individual and Conscience
to the extent that technology serves the public purpose of
the common wealth of kind men - the Family of Mankind.

Heartware fits the trend of the computer/Internet revolution
with a process for linking the light of global Conscience
for the sacred purpose of Unity Conscience that
makes the common sense of one coherent love as a standard at the heart of our
service to the highest and best
use of our God-given gifts
for unity in diversity
whereby love
rules.

Tools and techniques that aid this defining and refining of
Web 3.0 is the purpose of Heartware
and Heartcom Services.

- Establishing the foundation-infrastructure for global TeLeCommunity;

- Focusing attention with pure intention for our evolutionary ascension;

for your Netizen neighbor in our global village as thyself. 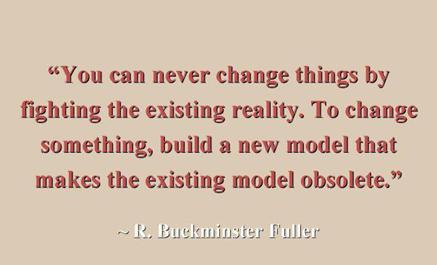 - Pioneering the last frontier of inner space - the InnerNet
at the interactive interface heart of the Internet.

in form and frequency (as in frequently)
mediates interactive mass-to-mass TeLeComm(unity)
to empower wisdom at the heart of Net reality.

A unique FRAME of reference for organizing our
individual, "indivisible" (universal) RIGHTS~

for an upgrade of CHECKS & BALANCES~

as represents a higher standard of

- Establishing an interactive cyberEthics interface for a real time (live)
upgrade of core Constitutional freedoms for unity in our diversity;
the united Family of Man in our new global village cultured
through the instant-everywhere and interactive Internet.

– Freedom to Petition: E-valuation of content via interactive synergy of

– Freedom of Religion that centers and connects the "Power of Love" at the heart of the
the rule of law via the Law of LOVE as an interactive Heartware™ interface for Net reality.

- A self-evident model of archetypal maps of consciousness (LOVE Model)
that represents the self-correcting processes of consciousness at the
quintessential foundation of self governance for self-elevation of an
"evolutionary ascent" (salvation) nature.

The Constitution of Conscience

Get the Vision, Embrace the Virtue, Make the Vow and Claim the Victory

The golden rule/law language at the heart of every Golden Age
has always been the gold standard that ultimately
defines, refines, combines and shines
the light of consciousness
whereby LOVE
rules.

For the history of Heartware™,
see 'The Big Picture' and
Cultural DNA