The Currency of Conscience
Featuring...

in the Web's Public Sphere-

What happens when the global Internet
matures fully with upgrade of our
Five Core Internet Freedoms?

Do we connect our talents and God-given gifts?
Do we heal corrupt social institutions?
Will this disrupt the status quo?
Or all the above?

Do we make the world a better place with
our Currency of Conscience at the    heart of the Next Economy, or do we fear being  "disruptive"? 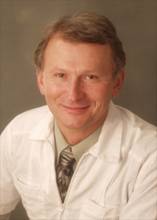 The invention of the printing press was disruptive to
old paradigms of power in the Old and New World.

The Protestant Reformation and American Revolution
were the natural consequence of the enlightenment
whereby people could read about 'Higher Power'
and 'Common Sense' as sparked the Revolution
with public decentralization of knowledge power.

“Conscience is the most sacred of all property."
~ James Madison, Chief Architect of the Constitution

The modern printing press - the computer/Internet -
was very disruptive to highly centralized, one-way,
top-down, programming of our corporate culture.
A home business and small business revolution
were the natural consequence with opportunity
that decentralized 'ownership and control'.

Self-determination is optimized with upgrade of
Five Core Internet Freedoms.

"In proportion, as the structure of a government
gives force to public opinion, it is essential that
public opinion should be enlightened."
~ George Washington

When the computer became the global network of computers,
the Internet took our core freedoms to a global level that
disrupted the sense of separation in time and space.

Conscience - core consciousness plus morality
is the virtue in core freedoms of connection
- the Family of Mankind as kind men -
in a global village of instant-everywhere
and interactive Internet abilities with a
universal interface for global ‘TLC’;
a heart coherent TLC standard.

"Information is the currency of Democracy."
~ Thomas Jefferson

A dot.com economy created unprecedented potential
with knowledge power that promised the abundant life,
but that was disruptive to the economics of scarcity.
So dot.com went dot.bomb when the new potential for
abundance disrupted the status quo’s love of power.

"Commerce without morality is a sin."
~ Mahatma (Great Soul) Gandhi
['SIN' as 'Stuck In Negativity' ~CR]

The economics of scarcity is maintained by Corporate Law
- stockholders before the public when profits are at state -
challenging abundance of core Constitutional freedoms.

The inordinate self-serving excesses of Corporate Law is
disruptive to the public's intent for self-governing freedom.

Clean, virtually free energy technologies are suppressed
so Big Oil can profit poisoning the air, water and food.
This is disruptive to our planetary life support system.

Breakthrough quantum healing technologies are suppressed
so Big Pharma can profit from drugs-per-symptom treatment
of disease rather than prevent disease for our optimal health.
This is disruptive to free, on-line Universal Self Care.

"It is no measure of health to be well adjusted to
a profoundly sick society."
~ J. Krishnamurti

A fearless self-directing "moral compass" is suppressed
so war profiteers can profit from terror and tyranny.

Tyranny is disruptive to liberty for all.

THE TRUTH OF ALL THIS IS MADE SCARCE.
Corporate media profits from a scarcity of
the Currency of Conscience as would
cause disruption of the corruption
of power without principle and
values without core virtue.

The proof of this betrayal of truth and a free press
is the creation and management of terror, war and
perverse 'health care' mandates; no public option.

The whole truth of this is disruptive to the Big Lie
which is so 'BIG' and so bold and so often told
that common sense truth becomes uncommon.

Which brings us to the bottom line:

Do you have the courage to be disruptive in order to uphold
the standard of, by and for the Currency of Conscience
that makes the currency of corruption obsolete?

"You never change things by fighting the existing reality.
To change something, build a new model
that makes the existing model obsolete."
~ Buckminster Fuller

Considering the opportunity, please share this message for
culturing the business of evolution with this simple
vision of virtue and valor for the victory of
Conscience Currency.

For an in-depth up-grade overview, see: Five 'Signs' of Ascension Times and
The Aquarian Quantum Age

PS:  Conscience currency - a CyberEthics High State - may be disruptive to
the willful ignorance and cognitive dissonance of paradigm paralysis,
but as our new Net reality evolves with currents of Conscience,
cherished illusions and victim dictum are transformed by the
process of self-correcting, self-learning, self-healing and
up-ward mobile self-governing self-elevation of a
global "salvation" nature; sovereignty of, by
and for a Declaration of Interdependence
- United Sovereigns of Earth for the
purpose and plan at the heart
of the 'soulution' for our
rEVOLUTIONARY
ascension in
conscious
love.

"Those who profess to favor freedom, and yet depreciate agitation
are men who want crops without plowing up the ground.
They want rain without thunder and lightning.
They want the ocean without the awful roar of its waters.
This struggle may be a moral one; or it may be a physical one;
or it may be both moral and physical;


but it must be a struggle!
Power concedes nothing without a demand.
It never did, and it never will.


Find out just what people will submit to, and you have found out
the exact amount of injustice and wrong which will be imposed
upon them; and these will continue until they are resisted with
either words or blows, or with both.


The limits of tyrants are prescribed by the endurance of
those whom they oppress."

Or as President John F. Kennedy once said:

Networking for the Net worth of Net reality that
cultures the Power of Love at the heart of
pure intention as will focus attention
with love retention for ascension
in a conscientious dimension
with 5D comprehension of
Conscience Currency.

Foundation
with our fiery discernment as judgment
of, by and for more Light and Love…
easier and faster. 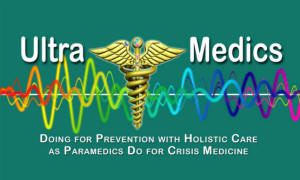 "This is a test to see if your mission on Earth is over.
If you are still alive, it's not."
~ Sir Francis Bacon => Saint Germain