Understanding how it is ALL connected via
Geometrically Ordered Divinity (G.O.D.)
in the fractal-geometrized universe. 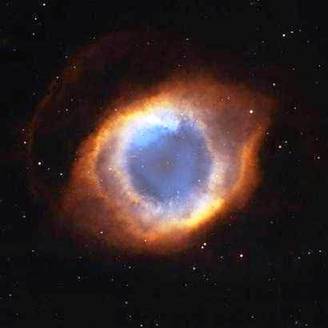 Get the Vision!
("Eye of God" Nebula) 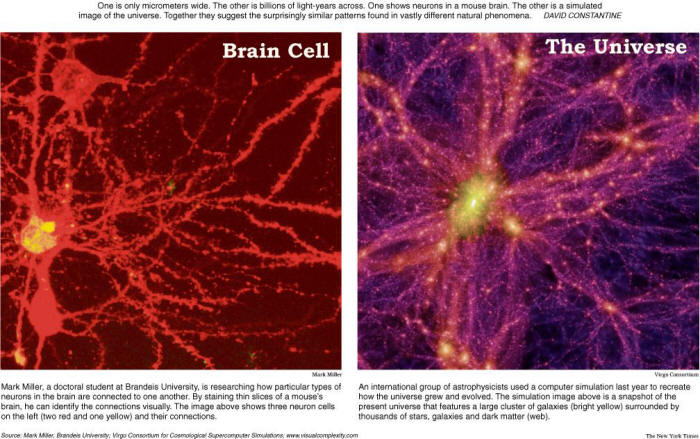 Modern science has finally come to realize that at least 90% of the brain, that we supposedly never use,
actually corresponds to the role of 90% of our DNA that was once called "junk DNA",
but is now understood as a communications interface between
our physical brain and the quantum 'Source Field'.

As the veil of separation thins with surge in the Source Field via Galactic Alignment,
the sense of separation between the DNA/brain connection on the "inner"
and the nonlinear DNA/universe communications on the "outer",
is transcended in Effective Sensory Perception ways.

An approximate analogy is how the instant, everywhere, interactive Internet has eliminated time and space
like the neural-networking of computer "brain cells" worldwide.  The next phase of the computer/Internet
rEVOLUTION will likewise provide a universal interface standard for mass-to-massTeLeComm for the
sacred purpose of connecting our hearts, minds and Conscience as global Net reality, utilizing the
virtually untapped spirit fire of Cosmic

to inspire the natural order of the universe,
framing global TeLeComm processes in the way that emphasized TLC as Cultural DNA
for nurturing social Conscience in our social networks.

It is the destiny of Earth's evolutions to go through this purification by fire.
And it is the divine destiny of humanity to rediscover fire once again;
a global rEVOLUTION in conscientious common sense.

It is the divine destiny of Earth to heal the imbalances in all dimensions from dense to light,
and from the infra-red end of the color spectrum to the ultra-violet end of the spectrum.
Balance in those dimensions leads to depth of field in space (3D) and time (4-D)
which naturally leads to '5-D' of a common sense 'Unity Conscience' nature.

It is the natural-universal 'language of light' (light language) that
frames the 3-D 'cosmic cube' which qualifies "real time" (4-D)
as is interactive (moment-to-moment) with "e-valuation criteria"
(light language as 'cyberEthics') as will naturally involve/evolve
or otherwise culture "more light" (Conscience).

The higher one's perceptual grasp of the accelerating transformational dynamics through 2012,
the greater will be one's conscious evolutionary ascent in harmony with divine order.
Higher consciousness is attained naturally via conscientious CHOICES...
to believe, think, feel and do what serves the purpose and the
plan of self-correcting, self-governing Conscience.

Perhaps the best layman's book ever written on this subject of dimensional consciousness is
"POWER VS. FORCE" (1995) by David. R. Hawkins, M.D., Ph.D..   Dr. Hawkins has utilized
applied kinesiology with hundred of experts in this science to validate an objective scale of
measurement for ten dimensions of consciousness that represent all humanity.

A more advanced book on this subject of multi-dimensional metaphysics is the recent work
"ALCHEMY OF NINE DIMENSIONS" by Barbara Hand Clow.  This book goes more into
the science of synchronicity between terrestrial and celestial changes through 2012.

It is now known that the energy field in the brain is a microcosm of the holographic universe
that is represented in the graphics above re: the actual structure of neurons and galaxies.

This connection with the order of the universe naturally compels a sense of responsibility.
To the extent one knows better, the prime directive of free will is good will - to do better.
This is how one becomes more conscious of HOW they are conscious; pure intention.

This is intention to focus attention for conscious ascension in higher dimensions.

What is really amazing, if you think about it, is how these dimensions parallel our
individual and collective "processes of consciousness" (light language) that
ultimately governs the quantum field of  "Effective Sensory Perception" (ESP)
in the holographic field of consciousness.  Not only between our ears, but also.
the collective Morphegenic fields of consciousness shaping our "Net realty".

This is the natural evolution of the computer/Internet revolution and evolution of
social conscience in our social networks.  You can see this in the evolving early
emphasis on hardware (IBM), to the later emphasis on software (Microsoft)
to the 1990's breakthrough with Internet netware (Netscape) and now to the
emerging awareness of heartware (web 3.0 cyberethics) that will finish globally
what core Constitutional freedoms began in the collective conscience of all of
"US" (United Sovereigns).

See how that works at: 'The Vision'.

The neural-networking of global Net reality has evolved the computer/Internet revolution to the point
where a critical mass of humanity is ready and willing to utilize a practical dimensional awareness of
those processes of consciousness that will harmonize and heal our social networked conscience...
a process of self-governing self-correction for individual/collective self-elevation of a salvation nature.

To better understand the holographic universe in terms of conscience
-- how the "kingdom of heaven" (higher conscience) is truly within us --
apply the 10 dimensional explanation above to processes within your brain:

The first dimension corresponds to the relationship between the proactive "upper brain" (crown chakra)
and the lower "reptilian brain" (R-complex) of a more reactive fight-or-flight nature.

The second dimension corresponds to the relationship between the left brain's linear "logic" processes
and the more non-linear intuitive processes in the right hemisphere of the brain.

The third dimension corresponds to the relationship between the forebrain with "foresight intelligence"
and the rear-brain where hindsight drives into the future with eyes glued to the rear-view mirror.

The fourth dimension puts this 3-D "space-frame" into context from moment-to-moment - REAL time.
You might say it is where each moment is a frame of reference for the:

1st dimension:  descent of the "white light" of the infinite and eternal CONSCIENCE (G.O.D~LOVE)
(vertical)         into the "prism" (holographic field) of brain consciousness, refracting into the...

3rd dimension:  the patterning of light and color that forms the perceptual picture of the moment,
(depth)         representing the meaning, purpose and "value" as the first two dimensions convey.

Note that the "e-valuation" criteria for the 4th wave of the computer/Internet revolution (web 3.0)
is these three dimensions that correspond to the holographic brain/universe connection.

The "timeline" for REAL time mass-to-mass communication becomes possible with this process,
not only in a non-linear way via "heartlink" (biofeedback), but also along more enlightened lines of
3-D heartware for psyche-feedback framed via REAL time 4D interaction moment-to-moment.

The 5th dimension (individually) is thus linked to the higher dimensions (collectively) through this process.
The vision alone -- how this process works -- can be the catalyst of a eureka! (AHA!) moment
which becomes a self-fulfilling prophecy to the extent that we each and all "make it so".

As Rupert Sheldrake points out in his theory of morphogenetic field resonance, there is a
"100th Monkey Effect" that occurs when enough people, drawn together by a shared purpose,
create a 'quantum field' of self-fulfilling potential. When that happens, the rest of the world,
in varying degrees, will experience an internal shift - a quantum shift
in 5th-10th dimensional consciousness.

This is one of the great paradoxes of emerging higher conscience at this time of Quantum Shift.
As we become more "spherically" conscious of our interconnection in a global village,
a higher consciousness of universal law language naturally supersedes the paradigm
paralysis of lock-step linear letter of the law systems of an obsolete status quo.

The more real CHANGE, the more resistance and resentment of obsolete power structures
whose love of power long ago eclipsed the power of love in their behavior.

As we awaken to our divine destiny with higher Conscience as the 10-D Spirit that matters,
it's important to take the high ground with comprehensive solutions to the core problem.

"You never change things by fighting the existing reality.
To change something, build a new model that
makes the existing model obsolete."
~ Buckminster Fuller

May your enlightenment be sublime

and your radiant networking shine

to put all sinister darkness behind

via Global TeLeComm for mankind.

with all your strength, mind, heart and soul...

and your Netizen neighbor in our global village as thyself.