The United Sovereigns of Earth

The Common Sense that sparked the American Revolution
is the same spark igniting the flame of freedom
in the hearts and minds and souls of "US"
(United Sovereigns of Earth).

Consider the portents for a quantum shift in the energy fields of Earth at this time,
including the "lifting of the veil" (mass awakening) as the 25,827 year orbit of our
solar system (precession of the Equinoxes) crosses the Galactic Plane now!

The accelerated 'awakening' the last 10 years has obviously gone global,
and the linking of the light the next ten years will naturally fulfill the
long prophesied paradigm shift in higher consciousness as
will co-Create a new common sense Conscience.

THAT'S WHAT THE 'END' OF THE MAYAN CALENDAR IS REALLY ABOUT.
The beginning of a new world of mass agreement for that which serves us all
- Common Sense Unity Consciousness Co-creating Universally -
is the end of the world of disagreement, disruption and disservice to humanity.

That is only the 'end of the world' as we have known it.

If you understand how our solar system orbits ACROSS the Galactic Plane
twice in its 26,000 year orbit - video HERE - consider the peaking light now.

This happens about every 13 thousand years, naturally with a great thrust of light
- THE SOURCE FIELD 'SURGE' VIA GALACTIC ALIGNMENT -
and advancements in civilization as seen in amazing technological development.

The last time this happened -- the other half of the 25,827 year 'Great Crossing' --
was the rise of the 'mythical' Atlantis in its Golden Age of 2000 years in Aquarius,
the same 2000 year Age of Aquarius we are now fully entering.

It's not foreordained or 'etched in stone' what will happen in 2013 or 2014,
but there is indeed a great surge of light and 'cosmic intelligence' that is
now quickening the collective consciousness of the Family of Man with
an awakening to the systemic problems of global humanity, and also,
an awareness of the 'gold standard' for planetary evolution at this time.

Hint: It's not the 'golden calf' of money for salvation.
That model of madness is no longer sustainable.
It's already in the pit and the chasm is widening.
It has deceived and suppressed us for too long.

We can't have a world united yet divided against itself.
Unity in our diversity is our highest and best calling,
Calling Conscience.

The 'gold standard' I'm referring to is also known as the Prime Directive.
It is sometimes referred to as the 'Common Sense' that sparked the
original 'Tea Party' movement (Revolution) in the American colonies.
More recently, it is the impulse to freedom in the Middle East which
has led to uprisings and transformations at the birthplace of the
major world religions of Judaism, Christianity and Muslims...
all sharing the same core 'golden rule/law language' whereby,
with Love as the rule, Love rules.

Spirituality and science share the same core 'cosmic law' in
universal terms of reaction to action, response to stimuli
and consequences whereby we reap what we sow, i.e.,
what goes around comes around to the same natural-
universal law of cause and effect in the here and NOW.

Now is the time ordained to mainstream the
prime directive alignment as our assignment
to fulfill 'rules of love' whereby love rules for
United Sovereigns of Earth.

The huge contradiction of 'advanced' global civilization at this time
is that we have the capability of instant-everywhere and interactive
communications, thanks to the Mother of all networks, the Internet.

This Mother of Invention has created unprecedented opportunity
with unparalleled freedom to know better and do better, and yet,
has been naturally resisted by those who do NOT want change.

Thankfully, our youth naturally adapt to a future as good
as our positive intention and attention is bright.

What we think about we bring about.
Energy flows where attention goes.

Unfortunately, many adults tend to lose their youthful optimism,
forgetting that it's not aptitude but good attitude as determines
ones ascending altitude... how high one truly flies in life.

"Can one generation bind another
and all others in succession forever?
I think not.
The Creator has made the Earth
for the living, not the dead.
A generation may bind itself
as long as its majority continues in life;
when that has disappeared,
another majority is in place,
holding all the powers
their predecessors once held,
and may change their laws and institutions
to suit themselves.
Nothing then is unchangeable
but the inherent and inalienable
rights of man."
~ Thomas Jefferson, 1781
[from: 'The Genesis of Freedom"]

From the beginning of the ‘Great Experiment’ in self-governing
institutions representing our best interests in the public sphere,
the nemesis has been self-serving corporate law adverse to
public-serving Constitutional law representing ‘best for all’.

"No provision in our Constitution ought to be dearer to man
than that which protects the rights of Conscience
against the enterprises of the civil authority."
~ Thomas Jefferson, 1809

Well-informed Americans are well aware that, for a century,
the robber barons of old have usurped and consolidated their
corporate power over Constitutional restrains on that power.
This 'power elite' has hijacked monetary control of currency,
establishing mainstream monopolies with Big Oil (dirty power),
Big Pharma (medical monopoly), Big Government (of, by and
for Corporate profits), and Big Media control for suppressing
the truth of this gradual betrayal of the ‘Great Experiment’.

Even though we now have unprecedented knowledge power
to do better as a unified Family of Man in our global village,
we still all suffer from deeply entrenched social, political and
economic institutions which have been 'privatized' to profit from
centralized, top-down monopolies on power at the expense of
core Constitutional freedoms of, by and for global Netizens.

By usurping universal-cosmic law regarding the prime directive,
the self-serving love of power of a diminishing few 'power elite'
have inverted, subverted and perverted the 'Power of Love'.

"Love of power, operating through greed and
through personal ambition, was the
cause of all these evils."
~ Thucydides

The ordained Power of Love has always
neutralized or otherwise made obsolete
the inordinate love of power; in short,
greater love translates to less 'evil'.
('evil' is 'live' spelled backwards
with love entirely absent)

The 'energy veil' is what separates "US"
(United Sovereigns) from a 'Unity State'
of universal-cosmic law and language,
and that veil is now thinning rapidly.

The only 'enemy' is the one we create when
we fail to co-Create in higher Conscience.

That 'enemy' is like a bad habit of "DUH"
(Dumb, Unconscious and Heartless). 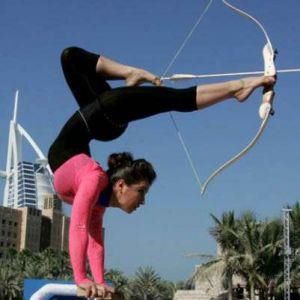 Take AIM and have a blast with a good attitude of,
by and for good AIM in every direction of the
Ascent Intent Moment:

As the veil thins rapidly with surge in the Source Field,
the first principle of unity-in-diversity (

)
moves civility from imbalance towards balance,
and civilization from destruction to construction.

Authentic power of the Creator empowers co-Creation with
the "Creative Ascension Process', the 'CAPstone' of
one's higher Self in 'alignment' (co-Creation with)
the prime directive of the Unified Field with
the ascent of global freedom-in-love.

Love is the Spirit at the heart of universal order.
This Spirit wants only to be universally free.
Freedom ultimately asks for Love at the
heart of, by and for universal civility,
the holy Spirit of Love-in-action.

Your assignment at this time is your final judgment.
Your connection with Conscience is the judge.
Civility is the hallmark of civilization and
endless war is its self-destruction.
At the heart of civility is our
co-Creation with united
common sense as
Conscience;

More Love,
easier and faster,
is the end of the world
of destructive loveless war.
As this common sense of unity
for the purpose of 'universal Love'
goes mainstream with one Conscience,
we can all agree to the rule of Love whereby
Love rules the Family of Man in a global village.

Astonish the World with a Simple Truth.

The higher the concept of

in form & frequency
- the holy Spirit of

-in-action as in frequently -
the greater the results, faster and easier as will thus
make it so... rebooting common sense Conscience
between our ears - each one's 'holodeck platform'
for conscious evolution individually and together.

As the veil thins at an accelerated rate with Galactic Alignment,
this is your assignment: to catch, ride, define and refine the
'cosmic wave' of Galactic Light infusing the Earth with more light,
in full Conscience that what you do to others, you do to yourself;
IT IS ALL CONNECTED NOW AS NEVER BEFORE.

Earth is the platform for the evolution of souls, and that platform
is now getting an upgrade with the Constitution of Conscience
that will DO what the poor in Spirit are not able or willing to DO:

1 - Fulfilling the 'LEGACY' of U.S. Founders in our global village
of, by and for the 'United Sovereigns of Earth' (U.S.E.), whereby
we either USE it -- freedom in love -- or by default we lose it.

"We have it in our power to begin the world over again."
~ Thomas Paine, Common Sense

2 - Providing 'Universal Self Care' for all global Netizens based on
informed choice for the holistic analysis, prevention and treatment
of all dis-ease (spiritually, mentally, emotionally and physically)...
with self-correcting database standards based on empirical results
showing what modalities work best in synergy with other modalities.

3 - Optimizing social Conscience in our all-connected social networks,
upgrading the computer/Internet revolution from hardware, software
and netware to integration with heartware: from 'the computer is the
network' to 'the network has a heart'... cyberEthics at the heart of
web 3.0 -- the web of conscientious common sense that reflects,
corrects and perfects our pure intention as focuses attention on
love's retention for evolutionary ascension in higher dimensions
of Unity-in-Diversity for the United Sovereigns of Earth.

This is your assignment at this time... should you accept it:)

REALIZE (with real eyes) that sacred Conscience IS what

-in-action DOES for up-wising and uprising.

- AFFIRMATION...  Universal Love is the rule for pure intention.

- CONFIRMATION... Know better to do better via focused attention.

- INTEGRATION... the Power of Love for evolutionary ascension.

Assembling the components to the CAPstone vision of
the Creative Ascent Process for the
United Sovereigns of Earth.

rules
The Constitution of Conscience.

Conceive it and believe it to achieve it, the
master mind alliance of Conscience;
claim the victory of 'The Alliance'
(the 'Light-side of The Force')
as your assignment with
Galactic Alignment.

As the Big Shift accelerates now on the 2018 timeline
those with great love in their hearts are awakening
to the realization that little else matters now.
The end of the world as we've known it
is the beginning of a new world
that promises a return to
'The Foundation'.