"My brain is only a receiver; in the Universe
there is a core from which we obtain
knowledge, strength and inspiration.
I have not penetrated into the secrets
of this core, but I know that it exists." ~ Nikola Tesla

The hemispheres of the brain create
an energetic 'brain field' that is the
platform for our conscious evolution
and one's quantum field interface for
navigating 'inner space' (Inner Net)
with Effective Sensory Perception.

Preface Articles:
The Conscience Connection
(with 22 infographics)
and 'The Future of Time'

Consider the direction of self-actualization to the “center”,
the capstone at the all-connected heart of the
“pyramid of Self and Civilization”:

The Direction…
from the 3-D holodeck between your ears;
upper brain to lower brain, left brain to right brain, and
from forebrain to hind-sight via these 3 dimensions...
to 4-D common sense spherical integration;
integrating the four components to the "capstone",
mastering the four modalities for perceiving time…

for self-actualization as
5-D Conscience.

Framing the '1st Principles' of
TLC ~

perating System for the holodeck's
conscious field - personal and collective.

The intention of Heartware's unique '

perating System for Web 3.0 -
is the order of the holographic universe:
The Language of the Angels of

(our better nature)
and the Law of the Angles of 'G.O.D.'
(Geometric Ordered Divinity), for
heart coherence & mind congruence.

for
personal and collective ascension in a
unified field dimension of holographic,
holistic and healthy wholEness with the
holy spirit of interactive

perative communication coordination
of our hearts and minds with standards of
TeLeComm - interactive TeLeConscience -
with Global TeLeCare and TeLeCommunity
centered and connected via heartware's
heart coherence and mind congruence.

The synergy of coherence and congruence
creates valuation as Conscience Currency
for conscious evolution of ‘Common Sense’
by involving and evolving our personal and
public social Conscience in social networks.

Defining Mind Congruence in the Holodeck:

In any language, 3 numbers in sequence will provide the same
universal  3-D interface as defines 3 scales of light language
for defining, refining, combining (synergizing) and shining
the ‘light’ of social consciousness in social networks.

The x, y, z coordinate axis for a 3D field of

Three 1-10 scales with 1's on the end of the scale
and 0 at the center, representing 'Oneness'.

1's represent polarization in each dimension.
A response of 'too bright' to a context
- as in speaking above your head -
references a strong sense of separation
that doesn't connect with the meaning of
a programs' context at time of response.

Likewise, one's first impression of 'too dark'
- as in dimwit or below your sensibilities -
references a strong sense of separation
that doesn't connect with the meaning of
context at the time of response.

Conversely, full resonance with a message
- at the time of response to context -
is represented by the circle -

- at the
center of the scale.

Both males and females 'think' via their respective
dominance of their left and right brain hemispheres.

Consider that one's horizontal perception response
corresponds to the different biologies of one's sex.
This biomimicry principle is as uniquely specific as
the dominance of estrogen hormones in females
and dominance of testosterone hormones in males.

The left-brain processes via "images and symbols"
(patterns & visuals) that are intimately associated
with right-brain "feelings" (emotional frequencies).

Men tend to "feel" via left-brain dominant patterns
- of, by and for mental congruence -
but in excess, linear logic lacks heart coherence.

Women tend to "think" with right-brain dominance
- of, by and for heart coherence - but in excess
heart without smart lacks congruence.

The full spectrum light of consciousness ranges
from

-
to Right-brain nonlinear spherical intuition
- the

spirit of the Language of

-
with moment-to-moment coordination for
coCreation of

for holistic integration with

The 3rd dimension from a perspective of pure intention
either reflects and perfects a positive proactive vision
(centered and connected) or the sense of separation
that is reactive with negative reflexes of polarization
as represented by the lower numbers on each scale.

As thus, the 3rd dimension integrates the sequence of
perception from the 1st dimension's brightness scale
to the 2nd dimension's full spectrum of consciousness.

It is the patterning of brightness and color that 'paints'
the picture of ultimate meaning, value and purpose that
thereby defines the 3rd 'depth' dimension for response.

The 4th dimension in real time or replay response
is integrated in the 5th dimension of 'Conscience'
as is represented in the field of holodeck response
to respective context and meaning in part or whole.

S’ components to the Creative Ascent Process
for CAPstone Conscience of, by and for

. Defining, Refining and Combining Consciousness for
'Shining' of Social Conscience in Social Networks

The Jung Archetypes in the Heartware Holodeck

1-  The vertical dimension, as above, so below:
the 1st scale of "relationship" (personal to collective):
from the least dense etheric FIRE spiritually
(to KNOW intuitively)
to the most dense physical EARTH sensually
(to DO instinctively)

This vertical dimension corresponds to a scale from upper to lower brain,
from the ‘crown chakra’ (pineal gland) to the ‘R-complex’ (reptilian brain).
Either strength in excess is a weakness but the self-actualized center
of the scale has the discernment of the ‘3rd eye’ (brow chakra) for the
as above ~ so below “marriage” of Father (Spirit) and Mother (Earth);
combining (synergy) the best of both worlds... "on Earth as in Heaven”.

For example, an intuitive genius may get great inspiration,
but unless self-actualized with G.O.D.~

Conscience
may fail to step it down for congruent-practical application.
For the same reason, a down-to-earth practical application,
unless self-actualized, may not get truly enlightened ideas
but tends to follow through integrating and manifesting them.

Spiritual practicality combines and balances the best of both worlds
for polarity (two-in-one non-duality) rather than duality (divided by
the sense of separation from the self-actualized spirit that matters.

It's been said that a divided house – a divided mind – can’t stand the
test of time mastery (Self mastery), and that this sense of separation
is the cause of all suffering. Conversely, the 1st dimension of mastery
is one’s pure intention of, by and for wholEness in vertical alignment
with the heart and mind of G.O.D.~

~Source Conscience
of a Self-actualized  nature.

2- The horizontal dimension - from left to right-hemisphere:
a spectral scale from left-brain linear timeline perceptions
of the AIR archetype (mental past-present-future continuity),
to the right brain's (nonlinear) frame of reference to "feelings"
(fluid WATER emotionally) via here-now heart coherence.

For example, a logical left-brain genius like Spock in Star Trek
could, in excess, be cold and calculating (smart without heart)
like a scientist who lacks any love-wise feelings for humanity.
Likewise, an emotional right-brain nature (StarTrek’s Scottie)
can become unreasonable under emotional stress in excess.

Since we all ‘think’ with a left and right brain, the captain (Kirk)
of everyone personal starship (Enterprise) must have the
discernment to "think" (center and connect) with the
linear logic of the left brain in synergy with the
non-linear intuition of the right brain.

3- The depth dimension from forebrain to rear-brain:
This is the scale of depth of field in time and space
from the forebrain’s foresight to rear-brain’s hindsight.
The analogy to introversion and extroversion naturally
corresponds to the depth of self-actualization whereby
the four modalities of time perception either emphasize
the inner sense worldview of self-absorbed perception
or a worldview emphasizing outer sense of perception.
Either one, in extreme, lacks the common sense which
co-creates power shift from outer sense to inner sense
at the heart of Effective Sensory Perception innocence.

)
for self-actualization (synergistic integration)
that is greater than the sum of cognitive parts:

ogical intention) in the left-brain;

~  Vow of determination (love's retention) in both hemispheres;

-
which defines, refines, combines and shines
our individual and collective gifts, talents
and resources for self-actualization. 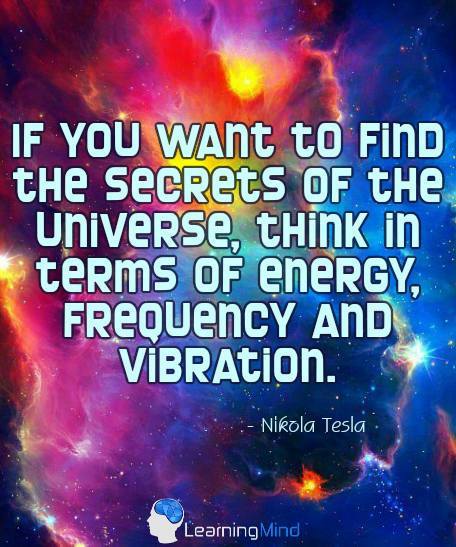 This is the process of enlightenment
with ‘light language frequency'
(as in frequently).

Establishing the Foundation
by understanding the
Future of Time

"Our minds will unite like the fragments of a hologram."
~ Terrence McKenna re: conscious evolution convergence
with fulfillment of the computer/Internet revolution

Support your holistic health, and these writings
while supporting UltraMedics Services: