Paradise Valley is famous for its summer rainbows.

Evening rain clouds roll in from the West, and the valley runs South to North,
so the setting Sun in the West shines under rain clouds against the mountains,
creating spectacular rainbows representing the full spectrum of light colors...

The American Revolution gave birth to higher standards of
liberty based on morality that, in our global village today,
compels an upgrade of our core Constitutional freedoms
with mass-to-mass TeLeComm and Universal Self Care.

The global evolution/revolution now is likewise birthing a
vision of virtue and valor for the victory of our Net reality
as will co-create a revolution in higher consciousness with
1st principles at the heart of a Constitution of Conscience
of, by and for consent of the government… for ALL people.

Witness the phenomena of the computer/Internet revolution
and the next phase after hardware, software and netware.
Heartware pioneers the last frontier of inner space with
heart coherence standards for culturing our cooperative
communication coordinations; consent of the governed.

Raising the standard of social conscience
for all of “US” (United Sovereigns of Earth)
in personal and planetary social networks.

Considering the spectrum of human thought and feeling
and considering these major recent news items,
here’s to ‘The Red, White and Blue’,
plus ‘The Purple and Gold’.

Thanks to Snowden’s revelations, the whole world is
well aware of the ‘Healing Crisis’ in America and the
Family of Man with our new global village Net reality.

Whistleblowers are coming out of the closet to reveal
systemic corruption that demands our fervent intent
at the heart of a ‘prayer field’ as will focus attention
on systemic solutions to core corruption disruption
of love, life and liberty in our core social institutions.

Warning: This is for mature adults only, and is not
recommended for the ‘poor in spirit’ who don’t realize
how willful ignorance and cherished illusions of mass
media delusion have no power except what we give it.

Continued for stalwart ‘lightworkers’ and ‘lovemakers’
with embedded videos HERE.


Published on Jul 27, 2013, this lucid 2 1/2 minute commentary by Rainn Wilson is a fervent appeal
for heart-based wisdom regarding the coming global revolution that must happen in order for us
to move forward as a human race: "I think that there is another revolution coming.
I'm not sure what it's going to look like, but I think it's going to be very
interesting and it's going to unfold over the next 10 years."

Following is the white hot cause and core issue
that is now clearly defined for resolution in a
rather clear, self-evident way… or else.

THE HEALING CAN ONLY BEGIN WITH GREAT LOVE
as compels pure intention that focuses our attention
on love's retention for our conscientious ascension
in sovereignty's dimension where ONE LOVE rules.

United We Win… Divided We Lose

The Future of Humanity Is Our Choice.
SO WHAT DO WE ALL WANT?

A golden age on Earth will naturally follow from a
united state of fiery desire for sovereignty with
the golden rule/law language at the heart of
‘interactive mass-to-mass TeLeComm’
and free online Universal Self Care.

This straightforward vision of virtue and valor for the victory of Earth
is a challenge for those who are divided and conquered by “BS”
(Belief Systems) that we are powerless to co-create a future
whereby the power of love neutralizes faithless fear and
the victim dictum that self-sabotages victory virtues.

The accelerated evolutionary ascent of global
social, political and economic institutions
will naturally fulfill the singular vision,
without which, the people perish.

Now is the ordained time.
You have the power to
MAKE IT SO!

The Emerging BLUEprint for a Golden Age’.

Continued at:
‘United We Win’

The ‘Bright Purple Path’ is a spectral blend of
red and blue with a bright white light:


The Blue - The Will of Creator for Co-Creation

‘Bright Purple’ is the color of royal sovereignty
whereby ALL are ‘K.IN.G.’ with the ‘Keys to the
INternalization of G.O.D.-

Sovereignty is a the purple light of our divine right that
supersedes any compromise of Constitutional Conscience.

‘Conscience is the most sacred of all property.”
~ James Madison, Chief Architect of the Constitution

A Mini-History Preamble to Sovereignty's Future:

We know that the Dark Age was followed by the
Enlightenment, Renaissance, Reformation and
then the Industrial Age, the Space Age, and now
a computer/Internet 'Global Village Age' with the
last frontier opening from Internet to the InnerNet.

Full disclosure of the 'Kingdom of Heaven Within'
will connect us with universal "Hosts of Cosmos'.

The genesis of universal

on Earth as in Cosmos
is the co-Creation of kind men among mankind to culture
our conscientious common sense ‘Unity Conscience’ at
the heart of the global TeLeComm capabilities that will
define, refine, combine and shine our highest and best
gifts, talents and resources for ‘Global Holistic Healing’.

Building the KINGdom - Culturing the Conscience;
Sovereignty as 'KING' on Earth as in Cosmos.

Golden Wisdom as Wise Dominion at the Heart of
the Golden Rule/Law Language for a Golden Age.

Wisdom Protocols for Culturing Consensus
of, by and for United Sovereigns of Earth:

is for giving… getting past ‘the past’…
in order to move forward… being proactive…
by including both victims and perpetrators in
a global process of reconciliation and healing
as will involve and evolve our individual and
collective CONSCIENCE as represents all of
‘U.S.’, The United Sovereigns of Planet Earth. 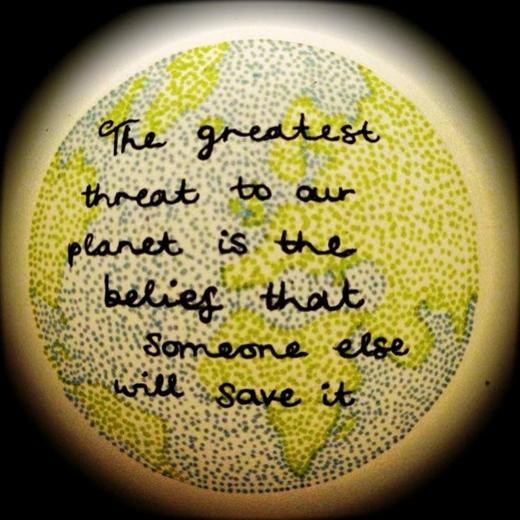 The divine destiny of global sovereignty is thus
a process of, by and for upgrading TeLeComm
for self-correcting self-governance and global
self healing as will consecrate our destiny with
the purpose and plan of personal and planetary
self-elevation (wisdom’s evolutionary ascent)
with the angels of our better nature; salvation.

Once you become consciously aware of
the power of love to co-create our world,
you will appreciate how

heals all
through co-operation with a higher power.

KINGdom Conscience is not a mystery when known.
There's one Truth (universal) as masters have shown.
Find your heart to find your way from now's beginning.
The path may be steep but that's how we're all winning.

The greatest mysteries are indeed veiled in paradox.
Paradigms change as we transcend the 'linear' box.

Co-Creation unites "US" (United Sovereigns)
in the 'Circle of WholEness'.
Miracles happen with 'The Quickening';
fearless faith as holiness.

Establishing the foundation with
a ‘Whole Systems Upgrade’ for
holy spirit;

And may the 3-fold flame of divine power, wisdom and love
be magnified, multiplied and qualified by your pure intention
as focuses attention with

retention for ascension
in the dimension of United Souls with Universal Solidarity
of, by and for all of ‘US’, The United Sovereigns of Earth.

THE CHOICE TO BE HAPPY:

"Happiness resides not in possessions and not in gold;
the feeling of happiness dwells in the soul."
~ Democritus (c. 460 – c. 370 BC)

"Happiness depends more on the inward disposition of mind
than on outward circumstances." ~ Benjamin Franklin

"You are happiest when you're making the greatest contribution."
~ Robert F. Kennedy

Contribute With Your Holistic Heart-Mind Healing: