"To understand the nature of God, it is necessary only to know
the nature of love itself.  To truly know love is to know and
understand God; and to know God is to understand love."
~ Dr. David R. Hawkins, "The Eye of the I" (pg. 88)

This Capstone Conscience
is dedicated to the
One Eye

Framing the A, B, C's of Natural Law:
Alpha Avatar Archetypes of

;
Conscious Coordinates for 'C'ing with

on all sides of the

representing the unique
components to the
"CAPstone"
(Creative Ascent Process)

The ‘Source Code’ for Enlightenment

Co-creation codes for culturing cooperative communication coordinations
with intention, attention, retention and ascension in the dimension where

rules... the mass-to-mass "interactive interface" (heartware)
for co-creation of social conscience in our global social networks,
centered and connected with the Constitution of Conscience;
culturing "common sense" (Effective Sensory Perception).

Look to SEE ~ Know to BE ~ 'Geometrically Ordered Divinity'
(G.O.D.~

in form and frequency as in frequently);
the 'Language of the Angels' (our better nature) at the
heart of the 'Law of the Angles of G.O.D.~

Linking the light (light language) of, by and for
Lightworkers~Lightweavers~Lightbearers
with more light  (conscious evolution)
via the 'currency of Conscience'
for individual and collective
evolutionary ascension
in Unity Conscience. 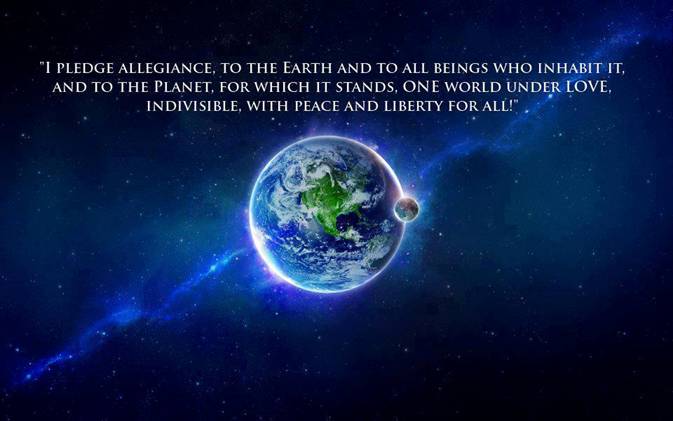 The Family of Mankind in a global village;
a ‘’ and ‘Universal Solidarity’
of, by and for “US” (United Sovereigns),
the global-connected Netizens of Earth.

"ONE WORLD UNDER LOVE"
A pure geometry framework for the
'Constitution of Conscience':

The higher the consciousness -- the currency of consciousness
the greater the results for conscious evolution at the heart of
global TeLeComm.


(1) "Self-governing" (pure intention)
from the top, higher “Conscience”,
as the way one sees one's Self
in the image and likeness of
a high "Self image" that
reflects and perfects
G.O.D.~

(2) "Self-perfecting" (focused attention)
from the right brain, intuitive “ESP” as
the Effective Sensory Perception
whereby one's high Self-image
focuses high Self-esteem
as a good feeling about
one's Self in the fully
Present Now;

-in-action),
the Whole Brain Model of the 'holodeck' between our ears,
integrating one's upper and lower brain Conscience as the
white light descends into the brain's prism of awareness,
refracting into the full spectrum between both hemispheres)
from the

intuition, with the central
color spectrum frequency of emerald green (blue + gold),
centering the spectrum of "left or right" ways of knowing
with energy frequencies that mediate "left and right" with
the frequent momentums of  wisdom for healing at the
heart of conscientious common sense Conscience as
centers and connects the processes of consciousness
holistically with a TLC process of mass healing wisdom
in the continuum's depths of individual/collective vision
from forebrain (foresight)
to rear brain (hindsight);

(5) What has been called the “5th Dimension”

may thus be understood as the healthy,
holistic, holographic or otherwise holy
whole that is synergistically greater than
the sum of the

parts
at the heart of interactive TeLeComm;
Universal RIGHTS-

Assembling the components to the
"Capstone Conscience":

The higher the concept of mass-to-mass TeLeComm
for culturing social Conscience in our social networks,
the greater the potential for mass enlightenment.

as the rule at the heart of
global powershift to wholEness and
the evolution revolution culturing
of global holistic healing,

- Get the Vision: Universal RIGHTS for Conscious Evolution.

The Movement Towards whol

This movement is a systemic metamorphosis of global civilization.
A revelation revolution has resulted from all-connected Net reality
with our instant-everywhere and interactive Internet capabilities.

The emerging of this ‘Movement to whol

ness’ is now upon us.

Global humanity is experiencing the ‘

The ‘Movement Manifesto’ is towards a new 'Common Sense' as
‘Unity Conscience’;
the vision of 'United Sovereigns' in our New Global Village:

The ordained ‘Law of

ne’ is unveiling ‘Mysteries of at

NEment’
as reveals the ‘Two-in-

ne’ of “polarity” (versus divisive duality),
as reveals the ‘Three in

ne’ meaning of our 5-D Conscience.

Note the circle of

neness in each of the four

This is ‘Cosmic Law 101’, the 1st principle of:
The Divine Order in the Holographic Universe,
The Unified Field as Harmony of the Spheres,
The Source Field as the Global Web of Love.
The integration of ‘4-sides’ to wholEness.
The 5-D synergy greater than 4-D parts.

Look to SEE… Know to BE...
Geometrically Ordered Divinity
as the Law and Language of
the Angles and Angels of
Form and Frequency:

Heaven knows that the Power of Love in the grand finale of 2015
will “bring up” all that is less than love for transmutation, and
as the surge in the Source Field quickens the process,
those with great love in their hearts are awakening
to the realization that little else matters now.
The end of the world as we've known it
is the beginning of a new world
that promises a return to
the full spectrum
of universal
LOVE.

RETURN TO THE EMERGING BLUEPRINT