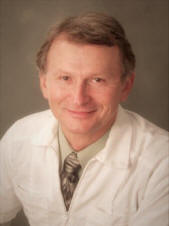 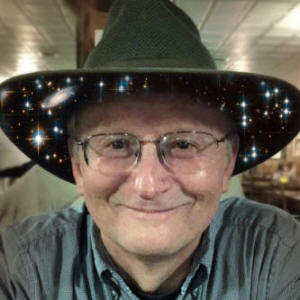 I was trained as a metaphysician in the classic school of
“eye magic”… with the root word “magi” (wise man)
in the word “imagination' (eye magic-in-action).

Those with good imagination or ‘eye magic’ have historically
been known as seers, dreamers, visionaries, futurists or
"imagineers" ~Walt Disney.

My training was with classic light tools of my ‘school’,
the ‘photo-mechanical process’ that taught me
the language of light-as-consciousness.

In high school, I became the school photographer and
built a photo-lab in a closet of the chemistry room,
learning to process negatives into positives
and learning to ‘see’ all over again.

Develop from the negatives;
good picture from good negatives.

And if things don’t work out,
Take another shot.

As I began free-lancing in photography, I built
a photo-lab in the basement of my home,
finding the darkroom provided a
great place to meditate on
the ‘language of light’.

In college I built a photo-lab in the bathroom
of the old brownstone house I rented with
two other architecture students.

By then, I was seeing with different eyes
because the process of ‘light control’ in
the photo-mechanical process has direct
correspondence to the learning process,
the creative process and the constitution
of the processes of consciousness at the
archetypal foundation of Self Conscience.

Pattern recognition’ is how we ‘get the picture’.

‘Brightness control’ defines that picture in every stage
of its creation and ‘processing’ from conception to
‘exposure’ of the negative, and then, processing
of a 'positive print' via correct 'exposure' and
its development. That's also the essence
of problem-solving that begins with a
good definition of the problem for
good processing of a solution
via conscientious exposure
and good development.
Get the picture?

This light-based process of HOW to think,
for creative thinking and learning,
naturally transcends the
'matrix mindset' of
what to think.

This intuitively led me into the ‘mysteries of God’
and the archetypal understanding of Carl Jung,
Father of Modern Psychology, who is also known
as the metaphysician who pioneered humanity's
understanding of the archetypal patterns framing
one's core constitutional 'Operating System' (OS)
for processing Four Ways of Perceiving Time.

Over many years, I've come to know this 'OS'
as the archetypal Geometric Ordered Divinity;
the fractal order of the holographic universe
framing coherent quantum reality at the heart
of the Unified Field and the corresponding
"brain field" (holodeck) - between one's ears;
the 'OS' for Effective Sensory Perception.

That's a mouthful!  Chew thoroughly:)
Those who study these content links
- digesting the in-depth implications for
all 'US' (United Sovereigns of Earth) -
are initiates on the metaphysical path.

The Archetypal Plan for Co-Operative Co-Creation:

, looking down on the 'pyra-mid'
(pyra-fire in the middle) - of, by and for
Self & Civilization - is the 3-D cross-referencing
of the 3-fold flame (

) in all 4 quadrants
of the 4-sided pyramid. This plan (design) is also
a universal symbol as model and metaphor for
what Christian mysticism refers to as "the plan"
for the "City 4-Square" (4-square gospel) and as
depicted in Hopi and Tibetan geometric designs;
mandalic visualization of the timeless archetypes
that the father of modern psychology, Carl Jung,
conceived as the 4 universal frames of reference
constituting the nature of holographic Conscience
as integrates the 4 archetypes of consciousness
and the 'Four Ways of Perceiving Time' (reality)
in the 3-D "cosmic cube" which references a 4-D
centered~connected synergy/synchronicity as the
capstone (whol

This understanding of archetypes is to know
the Operating System for conscious evolution
spiritually, mentally, emotionally and physically
(in psychology), as represented in core civil
institutions of government, education, health
care and the economy (in sociology), and the
‘fire, air, water and earth’ seen in alchemy,
astrology, theosophy and numerous other
ancient-classical maps of consciousness.

There is an archetypal 'golden thread'
weaving these maps of consciousness.
This is known as the Prime Directive;
the 'golden rule'. See also:

The Mystical Origins of

codes
as a 'Universal Interface'.

All our ancient and modern maps of consciousness
are connected in the collective unconscious that
defines and refines the conscious evolution of
global humanity to the extent we culture a
a higher consciousness as represents
the criteria for every golden age.

The more that one becomes conscious of
HOW they are conscious as relates to the
conscious evolution process in general,
it naturally follows that ‘more ‘light’ of a
‘bright’ nature will culture conscientious
common sense for our enlightenment.

This realization came to me in a life-changing vision
in my 3rd year of design science in college when
my pure intention to create inspiring spaces
on the outer evolved with my archetypal
understanding of ‘inner space’ and
the light of pure intention as will
focus attention on a greater
retention of ‘God-Love’
on the inner  with
‘inner sense’ of
innocence...

...so I would not be found ‘wanting’ in the
larger scheme of conscious evolution as
this compelling vision made self-evident.

That life-changing vision led me ‘On the Path’,
a short photojournalistic documentary I made
back in 1970, my journey to the mystery school,
and an experience that you may agree is one of
the most amazing examples of coincidence or
synchronicity in 'time' (4D), you've ever heard!


That experience via an ‘invisible hand’ changed me.
It was entry into a world of cosmic guidance.
And it opened my eyes further to the
power of pure intention to
‘know better’.

Within a year, I was guided to .
As a beach photographer, I built another photo-lab and
was processing my own color slides by then, making
slide shows for a  beach club with 3 slide projectors.

By then, my training as a metaphysician had become
an objective observer of the fire-air-water-earth ‘show’
where sun, sky, ocean and beach met on Spring break.
With thousands of youth converging on Daytona Beach,
I stood apart with my shaved head, scraggly beard and
135mm Nikon… long before there were ‘skin heads’.

It was here that I first envisioned the

Model as
an archetypal frame of reference for first principles
of universal ‘cosmic’ law language for ‘Co-Creation’
through interactive mass-to-mass communications.

Two years later, I gave a whole systems presentation on this
at Bucky Fuller’s World Game Studies Workshop - a month
at the University of Pennsylvania... the summer of 1974.

Here I explained how the Language of Light-as-Consciousness,
could provide the World Game with a mass communications
interface that upgrades our core Constitutional freedoms,
and represents a mass-to-mass interaction process
in order to involve and evolve our individual and
collective consciousness with more ‘light’ of
an enlightened common sense nature.

Attending that presentation were members of the
World Future Society, Committee for the Future,
and other futurists. One of their organizers asked
me to give a presentation to ten federal agencies
in Washington DC at a 3 day Future’s Summit in
four months, which I did as you can read HERE. Bicentennial self portrait
as explained HERE

That Bicentennial was 46 years ago as I write this.
Back then, mass communications infrastructure
was ‘primitive’ compared to Internet reality now.

As the Internet reshaped collective consciousness,
I developed Heartware to trend-fit the rEVOLUTION,
based on the same model introduced on Capitol Hill.

I may have been ahead of my time, but times change.
The reality of the Family of Mankind in a global village
is maturing with a new common sense of 'Net reality'
- instant-everywhere-interactive capabilities -
that can upgrade our Five Core Internet Freedoms.

- interactive mass-to-mass TeLeCommunications -
with ‘TLC’ at the heart ‘TeLeConscience’ as will
define, refine, combine & ‘shine’ our gifts, talents
and resources in a ‘Creative Ascent Process’ as
self-correcting self-elevation for our ‘salvation’
via a vision of virtue and valor for the victory of
‘CAPstone Conscience.

as cosmic law and order
is not simply the global healing vision of metaphysicians.

It’s now an opportunity to culture social Conscience in our
social networks of, by and for United Sovereigns of Earth.

There are many people worldwide who understand that
culturing social Conscience in our social networks
will bring light to dark places for our wholeness
and healing in all our core social, political
and economic institutions... culturing
'enlightenment' as 'rEVOLUTION'
(emphasizing 90% of the word)
whereby conscientious
evolution cultures
Conscience.

“Conscience is the most sacred of all property.”
~ Chief Architect of the Constitution, James Madison

And so it is that the archetypes at the heart of conscious
evolution provide an archetypal blueprint for a golden age
IN GOOD CONSCIENCE.


Get the Picture?  Feel the Love?

Is it true that we 'think' in 'patterns' of associative 'feeling'
and 'feel' with associative patterns of meaning?

Are you aware that perfect patterns of thought and feeling
are naturally cultured as we become more conscious of
how we are conscious? 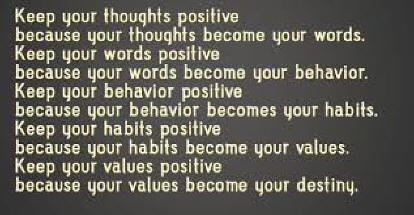 Would you agree that the language of consciousness
- light language -
will involve and evolve our individual and collective
enlightenment through a universal interface for
interactive mass-to-mass TeLeComm and
global holistic healing by utilizing the
capability of Universal Self Care?

So claim the victory of Aquarian
Light and

for Effective Sense Perception
with Global TeLeCommunion:
TeLeComm for TeLeCommunity,
TeLeConscience, TeLeCare and
NEXT TeLeCommerce economy
via our co-Creation with

Imagineering a Vision of Virtue and Valor
for the Victory of

Bottom Line:
The Highest Principle of, by and for Heartware™:

Sacred Geometry and Heart Coherence for a
Universal Law Connection to Everything: 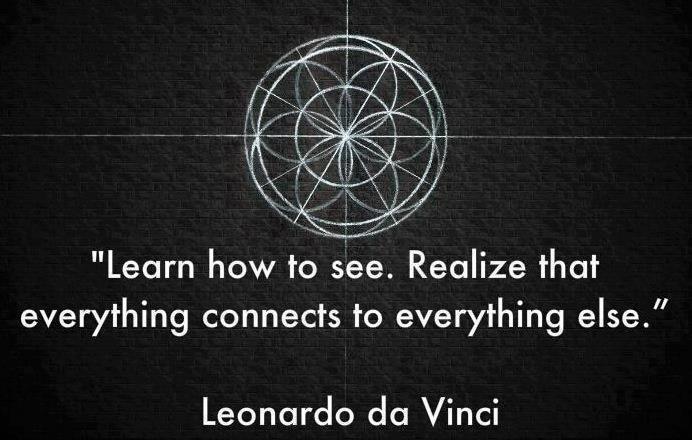