The Vision and the Gift 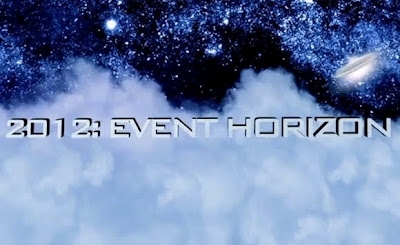 This following Vision is
dedicated to the
one eye

Click on the blinking eye
for preface to this article.

This video review is archived at:
www.heartcom.org/12-21VideoReview.htm

Excerpts Following... Concluding with 'THE GIFT'

Dimensional shift can be unnerving if you are not experienced with 'deep meditation' or some other form of adept mastery between multiple 'dimensions' that reflect 'altered' states of consciousness... as above, so below. 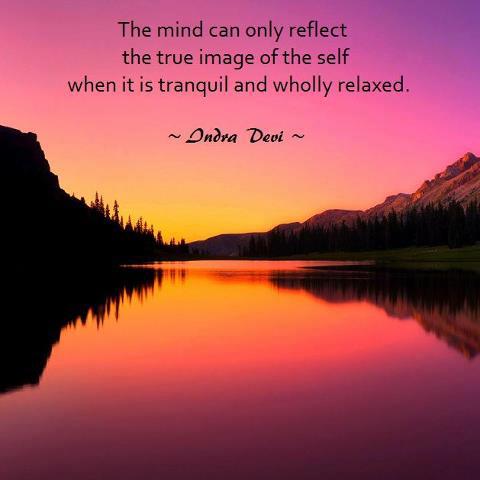 The 'reflecting pool' of a tranquil mind

Considering the numerous brain-wave biofeedback devices available, you may be aware of the Beta, Alpha, Theta and deeper Delta brain wave levels of mastery that you can
go to with brainwave biofeeback mastery -- corresponds directly to the four dimensions prevailing in human consciousness... the global 'platform' for conscious evolution.

The science behind this is well documented.


The science of resonance... from Earth's 'heartbeat' to brain waves

Most of humanity is in the first three dimensions most of the time: 3-D consciousness.  This 3-D prevailing awareness -- in the Beta-Alpha-Theta ranges of physical, mental and emotional activity -- has little if any connection with deeper 4-D reality, but that's changing.

The Shift to 4D

4-D consciousness is not just the 'stillness' of deep meditation that is like a reflection pool of still water that reflects the heaven worlds "in spirit" (inspiration), and also, clearly shows the subsurface 'terrain' of subconscious habits shaping one's character.

4-D consciousness is the mother of 3-D: the unconditional love of heart coherence is the heart of inspired prevailing awareness as awakens and nurtures 3-D with a positive thrival perspective. That perspective is THE VISION - THE GIFT of 4-D to the world.

4-D consciousness is the inspired realm of 'Common Sense' that represents the highest good for humanity, the prime directive, universal love, unity conscience and divine rights for the United Sovereigns of Earth.

Most people have little experience with altered states of consciousness, and already have difficulty with the 'Future Shock' caused by the accelerated rate of change.  Some are already 'scared shiftless' with the thought of any kind of Big Shift.  Enlighten them.

4-D consciousness is compassionate by nature.

Heart coherence is the frequency of holy compassion... the inspired 'holy spirit' frequency of LOVE-in-action as in frequently.  3-D is 'molded' by that 'violet' frequency of 4-D... and 'inspired' when the "intention" (will) of, by and for 4-D enlightens or otherwise 'up-wises' 3-D habits with 4-D VISION... the GIFT of the present BEYOND time as we have known it.

This is a time that Gregg Braden says we must cooperate and "come into unity" (community) to survive (and thrive -CR) with the changes.  This is a 'CHOICE TIME' when human kind must step through this window of opportunity to embrace a new way of being... or we won't survive.

Right after Gregg Braden in the video - at about 4 minutes, Doloris Cannon explains the dimensional shift ordained for this time by the REAL 'Powers That Be' -- the 'cosmic' intelligence of the all-connected 'Source Field' governing the order of the universe, and specifically, the Schumann resonance governing the holographic field on Earth --  which is moving from the high Alpha Range into the Theta range on the way to Delta (4-5D)... so we have a way to go folks.

As the Piscean Master said, the "poor in spirit" (stuck in 3-D) will always be with us. That was sure true that last 2000 years. But now we're shifting into Aquarius, BIG TIME, and there are many 4-D "initiates" (cultural creatives) and even 5-D "adepts" (sovereigns) among "US" (United Sovereigns of Earth).

Keep in mind where this is going with the BIG SHIFT...
the 'Heart Coherence' factor.

Since the Spring of 2012, we've all seen how the 'sovereignty movement' in the U.S. (Tea Party), and the 'Arab Spring' in the Mid-East, and the 'Occupy Movement' have ALL morphed our 3-D reality with the Aquarian Spirit of Freedom-in-Love -- a love of freedom -- with a rousing sense of indignation for all that is less than FREEDOM in the SPIRIT of universal LOVE.

The whole world of 3-D is on the threshold of 4-D Unity Conscience of, by and for the United Sovereigns of Earth. With heart coherence, that has already occurred for 4-D initiates, the cultural creatives who get it and give it with 4-D inspiration... since LOVE is for giving.

Personal/Planetary Reboot... On Earth as in Heaven

The "InnerNet" (quantum field) bridge between 3-D humanity and "5-D Source" (Source Field) is the ordained destiny of global humanity at this time.  Spiritual-based science has brought us to this understanding of heart coherence and mind congruence in the right and left hemispheres of the brain, the Earth as a whole, and the holographic universe where the ONE cosmic law rules with the 'Two-in-ONE', 'Three-in-ONE' and 'Four-in-ONE' as the 4 dimensions framed by holographic 'Source Code' (

Model)... defining, refining, combining and shining the "5th dimension" (Five-in-ONE) as is synergized in the 'CAPstone' - the Creative Ascent Process for conscious evolution... on Earth as in Cosmos-at-large.

Assembling the Components to
the 5-D

This process is analogous to what has happened thus far in the adolescent computer-Internet revolution from its first emphasis on hardware, then software, and then netware -- the instant-everywhere-interactive all-connected Internet.

When you have 'Effective' or 'Enlightened' Sensory Perception,
there's nothing 'Extra' about it:)

4-D consciousness is optimized with heartware as both thoughtware - pure geometry archetypes for 3-D mind congruence -- and with Dan Winter's HeartsRing app for 4-D heart coherence. The natural synergy is far greater than the enlightened 3-D and 4-D parts.

Whether as Heartware for 3-D mind congruence or HeartsRing for 4-D heart coherence, they both reflect and perfect the other, which is why their synergy is so powerful when integrated together.  That's when the left and right brain are in 'synch' for whole-brain synergy and integration... the movement (ascent) to wholEness.

Those with a good mind as can visualize what this will look like -- THE VISION -- can understand how this 'Universal Interface for Global TeLeCom' provides an interactive window, portal or bridge from the Internet to the InnerNet.

That 'process' is the product, and the vision alone -- how that process works -- is an exquisite metaphor for the conscious evolution process along more enlightened 'lines' geometrized by the four archetypal thoughtforms in the 'Cosmic Law of LOVE'.

Obviously, the divine destiny of global civilization will naturally evolve to the extent that the golden rule/law language for universal civility is cultured.  This is THE VISION - THE GIFT.

All hearts are naturally united via heart coherence which brings an added dimension (4D) to 3-D mind congruence. 4-D is the realm of nonlinear time -- moment-to-moment -- as builds momentum with retention of heart coherence and

The difference between 3-D and 4-D is not as important as their synergy combined. The one without the other is like a heart without a brain, or smart without heart.

The individual computers linked in the world wide web are like the web of light in the Source Field, composed of 'torus fields' from the atomic to the galactic... as explained
at: 'Ascent Codes Unveiled'.

Doloris Cannon explains in the video that many people are suffering health problems as their bodies attempt to recalibrate with surging Source energetics behind dimensional shift.  Our DNA blueprint is rapidly morphing -- spontaneous evolution -- to adapt to the energetic changes of the New Earth.

Note: Support your DNA regeneration and replication with
concentrated RNA/DNA genetic material as will also
support your immune system for adapting to change.

Even the vibrant pulse of the Earth itself is quickening. The base resonant frequency of our planet, referred to as the Schumann Cavity Resonance, has been recorded as a constant 7.8 Hertz until 1986 when mysteriously the rate began steadily increasing.

That's when our solar system's 25,800 year orbit began
to enter the photon belt of billions of star systems in the
Galactic Plane, accelerating evolution with the Internet
revolution, initiating the 2000 year 'Age of Aquarius'.

Humanity literally shares a resonant pulse
with all of existence. The ancients call this
the sacred circuit. [the 'Source Field' ~CR]

With this understanding, Mayan timekeepers mapped subtle astronomical changes of the zodiac, and by so doing, they tracked changes mirrored in the human psyche. David Wilcock explains HERE how the Great Pyramid of Giza is also a sophisticated 'cosmic clock' that reveals the same amazing correspondence to the Precession of the Equinoxes,
culminating with the same 'Event Horizon' of 2012.

Author and visionary Gregg Braden, predicts the Earths resonant frequency will raise to 13 Hertz in 2012 and beyond... a surge in the quantum Source Field that could potentially trigger a transcendent 'quantum leap' in human evolution.

In fact, new science has shown that it does just that,
which is why you want to support this process with
the richest source of DNA genetic material for
cellular repair and regenerative 'reboot' via
pure nutraceutical grade 'royal jelly'.

Using computer jargon, the upgrade of our DNA could be roughly the equivalent of a radical systems upgrade, the final result of which we can only guess at.  However, the extraordinary implications suggest the ancient Biblical prophecy which states:

So does this mean that humanity faces imminent apocalyptic catastrophe? Or sweeping renaissance that neutralizes worse case scenarios with the miracles of heart coherence?

Researcher Gregg Braden reminds us that the emotions of love and fear are measurable vibrational frequencies. Love is a 'faster' more energetic frequency then that of fear. As thus, fear actually retards evolutionary spiritual advancement at an electromagnetic cellular level.

Note: Fear 'retardation' is a "retro" (back-sliding) form of "stinking thinking" (Stuck In Negativity) which retreats to cherished illusions and willful ignorance of the CHOICE: pure intention to focus attention with LOVE's retention for conscious ascension in the unity dimension that REBOOTS OUR COMMON SENSE. ~C.

A Time to Reboot the Personal/Planetary 'Holodeck'

This is a time when 'Nonlinear Perception' will reboot our 3-D linear way of looking at the world.  Everything will change because we will change.  What we call 'gifts of the holy spirit' or 'Enlightened Sensory Perception' will become common place... but this will be very disruptive to the 'normalcy bias' of many people.

What do you think will happen to people who have claimed 'normalcy' -- with 3-D 'seeing is believing' -- when dimensional shift thins the veil to 'believing is seeing'.  Imagine what that will be like for someone who is 'Stuck In Negativity' of any kind. They will literally 'freak out' like on a bad LSD trip, going 'crazy' because their own worst fears and angers and hatreds will come upon them, BIG TIME.

In fact, at the time of full-blown dimensional shift (see: 'Nonlinear Perception'), the holographic field within the brain holodeck will reboot rather dramatically... and that's when true initiates of "Cosmic

" (as Law and Language) will naturally inititate the reboot process with pure geometry archetypes for core processes of consciousness:

- "Law of the One" (Circle): what goes around comes around via 'intention';
round-magnetic EM fields of 'heart coherence' (right brain cognition).

as a holy whole 'Presence'.

Global civilization will also reboot along more enlightened lines that frame this same archetypal process for culturing social Conscience in our social networks.

The analogy of the world wide web to the etheric web of consciousness in any social network of YOUR WORLD is enlightening... a vision for culturing Enlightened Social Perceptions in our local and global network communities.

Continued at:  'DECEMBER 21 AND BEYOND'

The Next Phase of Human Evolution;
Enlightened Sensory Perception
(ESP)

"The Great Shift that is approaching is to lift humanity into a higher
resonant field, thus elevating and liberating spiritual progress.
LOVE is the only way out!"
~ Gregg Braden