The Test That's Best for All Souls 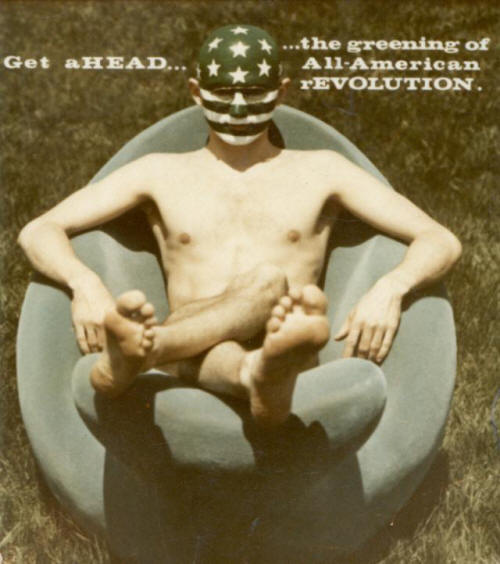 Christos Lightweaver aka Christopher Rudy;
Bicentennial self portrait 33 years ago
(a little ahead of my time)

If you want to get ahead, it's important to keep your head, especially when so many sensitive souls seem to be losing theirs.  This is especially true now.  As the rate of change accelerates with the thinning of the veil on the 2012 timeline, the Family of Man is connecting as never before with the Law of Consequences – how we ultimately get what we ask for in the cosmic scheme of things.

As the Big Shift accelerates on the 2011-2012 Timeline
those with great love in their hearts are awakening
to the realization that little else matters now.
The end of the world as we've known it
is the beginning of a new world
that promises a return to
the full spectrum
of universal
LOVE.

The Quantum Shift of global energies and consciousness at this propitious time heralds a new understanding of the Law of Consequences for our individual and collective beliefs, thoughts, feeling and actions.

There are indeed consequences for interfering with the Prime Directive for evolutionary ascent of consciousness, civility and global self governance. Call it the law of cause and effect, action/reaction, stimulus/response or simply that we reap what we sow. This is the one inexorable reality that will not budge.

The more things change, the more the law of consequences governs results. We continue to go to where we're coming from.  The world you want out there is evermore tied to the power in the wisdom and joy of the LOVE within you.

You don’t have to be perfect to understand that perfect LOVE costs nothing but heals all… all ways.  In other words, it’s not your aptitude as much your attitude that determines your “altitude” – whether you soar with the eagles above the fray or scratch with the turkeys stuck in mass negativity.

Life's a hoot, and then you re-boot☺

There’s a joke about the Law of Consequences whereby a moron committed suicide only to reincarnate as himself, returning to the same tests he tried to run away from before.  That’s a sick joke in context of the unprecedented number of people committing suicide worldwide.  Humor may take the edge off, but a person of conscience still feels responsibility for this sick world in a healing crisis.

It’s even harder to laugh at the way entire nations are committing suicide by privatizing core public institutions for corporate profit while socializing corporate losses with public taxes.

People worldwide saw that happen with the bailout of American banks, by the banks and for the private corporate “Federal Reserve” banksters who are neither federal nor have any reserves.

Now we’re seeing an instant replay of the same ploy with health care reform.  Highly organized corporate greed and selfishness is banking on reform that milks the masses -- mandatory insurance -- subsidized by more government debt which ends up as more taxes.

Mass terror appears to be the tactic for railroading reform, as we saw after 9-11 and the economic meltdown.

Now we see a new form of domestic terror emerging at the height of health care reform. (See “Depopulation by Inoculation”).

The same medical monopoly that pushes drugs for whatever ails you has now begun the mass inoculation of the public with live genetically engineered H1N1 viruses and vaccines laced with toxic mercury that kills brain cells and toxic squalene that creates life-long pathologies which profit Big Pharma.  That’s a domestic terror plot out of hell that is no less nefarious than 9-11.  It only serves disease care for profit and depopulation, not public health care.

"Where love rules, there is no will to power.
And where power predominates, there love is lacking.
The one is the shadow of the other."
~ Father of Modern Psychology, Carl Gustav Jung

THIS IS THE BIG TEST OF GLOBAL CIVILIZATION NOW

The world is a cosmic struggle for the soul of mankind
and that struggle is reaching a climax.
~ from: “Global Healing Crisis”

"Love is Energy" ...  3 minutes long, MUST SEE!
http://www.youtube.com/watch?v=fOJzKMZCdCA
Love energized heals all.  Always has, all ways.

The pure intention of every soul is evolutionary ascension - to come up higher.  The soul finds no solace in doing what it has always done.  The consequence for that is getting what it has always got.  To do the same thing over and over -- while expecting different results -- makes the soul retreat, as in, "I'm outa here!" , because it doesn't abide with foolishness.  That has a lot of people "checking out" these days... withdrawing from craziness, fasting from mainstream media, and focusing on the inner sense of inner LOVE archetypes that frame up-wising and uprising along more enlightened lines.

The testing of souls is accelerating on the 2012 timeline.  It's important to understand this -- a planetary "Consciousness Shift".

From that which is the Great Central Sun of the Milky Way Galaxy, that which is Halcyon in the Pleiadian system, at that moment of the alignment of the 7 planetary gateways represented by the planets and star-suns, there will be an alignment, a corridor directly from that which is the central sun to the planet earth. Earth is already moving forward towards this moment of alignment by adjusting and advancing many levels of consciousness, both in its own planetary consciousness as well as many of those Light Workers, Light Weavers and Light Bearers who exist on the earthly plane, and who have chosen to come onto the planet at this time to assist this process.

Remember that all souls go to where they are coming from and will ultimately get what they are asking for via one's prevailing beliefs, thoughts, feelings and actions.  If your momentum of prevailing awareness is in 3D, you will experience the Galactic Alignment with 3D physicality reality -- a materialistic frame of reference that sees "health" primarily in terms of physical symptoms.

If your momentum of prevailing awareness is 4D, you will experience the Galactic Alignment with a higher mental grasp of the all-connected Law of Consequences that sees the cause and effect of health, spiritually, mentally, emotionally and physically.

If your prevailing awareness is 5D, you will experience the Galactic Alignment with
a holistic integrated sense of health in terms of the spirit that matters
for mastery of order and harmony with Cosmic LOVE...
the VISION that assembles the dimensional
"components to the capstone" of
BE IN G.O.D.~

The quantum reality we will experience is the self-fulfilling prophecy we manifest. To the extent that we pay attention with pure intention to our evolutionary ascension, our self-governing self-correction and self-healing will define, refine, combine and shine our highest and best gifts, talents and resources for up-wising and uprising of a self-elevation (salvation) nature.

The Next Economy will reflect, direct and perfect this process for an economics of abundance.

All sensitive souls naturally learn to avoid too much resonance with the pain of this world, just as a baby learns to walk without obsessing about the fear of falling.  Human potential is divine potential.  The test -- like learning to walk -- is to maintain a balance with sufficient sensitivity to the natural order of the universe -- Geometrically Ordered Divinity (G.O.D.) in the

The Four Directions of Dimensional Integration;
a Holographic Codemap to
Global Powershift

~ To intuitively know what divine potential with a moral compass naturally directs;

aw as a Constitutional frame of reference
for the 1st principles of the prime directive... the law of BEING (BE IN God~Love).

~ To consciously focus attention with pure intention in

right-brain conscience as a Constitutional frame of reference
for the holistic, whole, healthy or otherwise holy spirit in the holographic universe.

~ To keep the balance of mind and heart in thought and feeling with LOVE-in-action;

that is greater than the sum of the parts in all quads of the
Inner LOVE Archetypes framing the Constitution of All That IS REAL in G.O.D.

~ To integrate the Inner LOVE Archetypes at the interactive heart of the Constitution;
the key to integrity is integration of all the keys to the KINGDOM conscience whereby
"KING" is an anagram for "Keys to the INternalization of G.O.D." (

The self-fulfilling prophecies of those stuck in the 3D material world (unspiritual) will manifest as an experience of what they created in 3D for lack of love.  What goes around comes around, and those who "get it" -- how LOVE is for giving -- will naturally experience the rEVOLUTION in higher consciousness of 4D and 5D integration. It's "THE LAW"... governing souls, civilizations and star systems... worlds without end.

as the Golden Rule/Law Language for a Golden Age,
LOVE RULES! 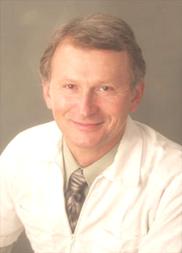 Note: Major updates at "The LOVE Model" and "HEARTcom Network".

The most common critical nutrient deficiency of Americans is
essential fatty acids that are destroyed by commercial food processing.

Essential fatty acids are a critical precursor of glandular hormones that
regulate physiological "checks and balances" (homeostasis)
for optimal health and healing of any body imbalance.
A good source is flax seed oil or evening primrose oil.

There is a principle of "symbiosis" (biological synergy) whereby
there is an extraordinary combined effect when essential fatty acids
are taken with the richest source of ALL essential micronutrients
found in nature - flower pollen extract.  The combined symbiotic
benefit is far greater than the sum of their separate benefits. - CR