Continued from 'Part One" on Galactic Alignment

What we need to know about the 3,660 year orbit of “Planet X” (PX),
also called 'Wormwood', 'Nibiru', 'Red Star Kachina' and dozens of
other names recorded in the ancient texts of Mesopotamia, China,
Egypt and the Mayans to name a few…

And what this means as PX returns for all to see this year, in 2011.

NIBIRU 2012 UPDATE - Captured Picture of Planet X - NASA - YouTube
[Note: Nibiru (PX) at the 4:00 position beside the Sun, as seen through the smoke of the
Texas forest fires. Use RealPlayer to download this video; FREE RealPlayer here.]

The reality of a potential global pole shift physically is because of PX’s strong electromagnetics
which have a far more direct influence than the subtle energies of Galactic Alignment.
The truth of this can be read at: www.heartcom.org/PersuasiveEvidence.htm .

It's not just a 'cosmic coincidence' that we now find
the end of the 9th wave of the Mayan Calendar
AND the close proximity of the Planet X fly-by
BOTH OCCURRING BY THE END OF 2012!

Modern astrophysics has revealed that most solar systems in our galaxy are binary.
PX orbits around our sun like a miniature binary solar system, every 3,660 years.
PX is 4 times the size of Earth with 18 times the electromagnetics of Earth.
Massive global Earth changes have historically accompanied its arrival,
which is why it was known anciently as “The Winged Destroyer”.

PX appears from a distance to have wings as the tail of moons and rocks are arranged
in a double helix that revolves behind it.  As the twin strands revolve and turn,
they appear from the front to be wings of a wheeling and turning bird. 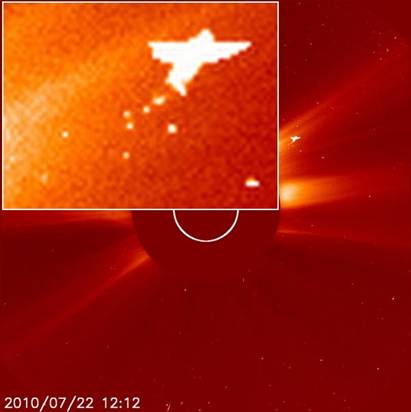 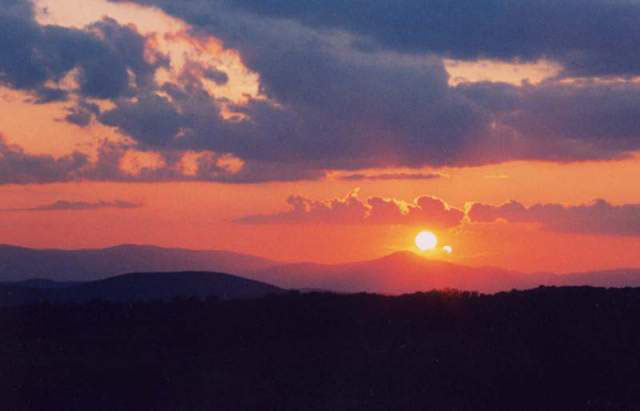 Many people worldwide have been photographing Planet X and are now seeing it at sunrise or sunset right beside the Sun as it comes in on the ecliptic from that direction.  NASA and power elite leaders worldwide has been well aware of it since 1983 when it was first discovered inbound, reported in mainstream media, and blacked out every since.

Help people realize that they will need to prepare for total disruption in our
food and fresh water availability WHEN they can see the world’s largest
and the most infamous volcanoes becoming active as they are now...
when satellites begin falling from space debris as they are now...
and when land masses begin sinking or rising as they are now...
just as people worldwide are now witnessing the symptoms
of the increased Earth wobble with 30 degree swings in
Earth and moon risings and settings, and also seeing
'Planet X' close to the Sun at sunrise and sunset. 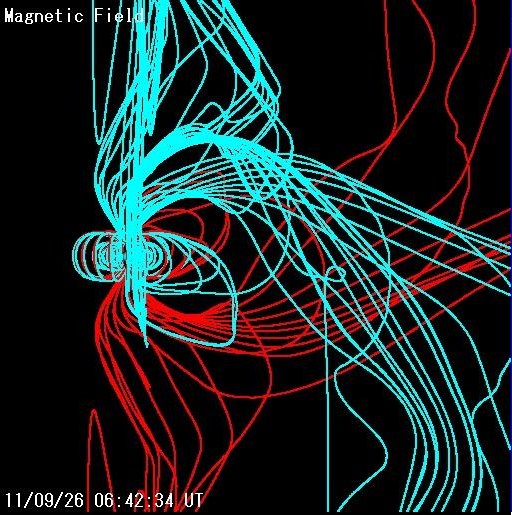 EARTH MAGNETOSPHERE PROOF OF PLANET X
BETWEEN THE SUN AND THE EARTH.
Earth's N magnetic and S magnetic lines are shown here
to be headed to the left of Earth towards the Sun instead
of to the right away from the Sun in a teardrop shape.

Help people understand that this will naturally have
devastating global cataclysmic consequences,
and there will be no economy as we know it,
and the inside traders and inside traitors
have been stripping the economy of
equity because they know what's
'inbound' and have prepared
food and shelters for the
the 1% with equity
from the 99%.

With the geomagnetic and physical pole shift proceedings,
we'll see 3 days of darkness, great winds and tsunamis.
Massive CME solar storms and EMP shock waves will
wipe out electronics as we have known them, and
it will be back to pre-industrial civilization...
and you can study this at zetatalk.com
and www.poleshift.ning.com

Note:  ZetaTalk.com averages 3 million hits per month, and is
translated by volunteers into 21 different languages!

See: 'The Beginning of the [New] World is Coming'
http://www.zetatalk.com/holmdahl.htm

THIS IS "DISCLOSURE" FOLKS!

[Just a small example of the 39,000 pages of ZetaTalk's
amazing predictions that have consistently come true]


Every once in a while, an astrophysicist will leak information that finds it's way into YouTube videos, and two months ago I saw one with excellent graphics depicting the trajectory of Planet X through our solar system and it's alignment with the Sun and our solar system's ecliptic several months ago (the massive earthquakes in Chile) which shifted the Earth's axis by 3 degrees, which explains why the sun has been rising a little earlier in northern hemispheres.

THIS AUDIO -- http://www.blogtalkradio.com/yowradio/2011/05/04/is-elenin-just-a-great-comet-or-is-it-more -- brilliantly explains two other such alignments of Planet X, before it passes out of our solar system. The first is mid-march (the Japan mega-earthquake) and the other is September-October.  That exactly corresponds to the same approximate date-span of the last final 9th wave of the Mayan Calendar in 2011.

Almost all good YouTube videos on Planet X are being blocked. If you read the rest of this article, you’ll understand why the portents for imminent Earth Changes are being suppressed.

A little foresight will serve you well.  Check out the Earth Change maps foreseen by seers, remote viewers and researchers.  Notice how the U.S. Navy has a similar map... and consider that the U.S. government recently ordered a billion dollars worth of food reserves for a reason.

See also:  FEMA orders $1 Billion in dehydrated food and "Underground Bases for the Elite" at:
http://divinecosmos.com/start-here/davids-blog/975-undergroundbases .


Is there something the public is not being told... for good reason?


To maintain status quo “normalcy” (prevent chaos), the public has not been told that the frequency and intensity of earthquakes and volcanism has increased exponential since PX entered our solar system.  Similar anomalies including pole shifts have already occurred on other planets in our solar system.

There is persuasive evidence that the Earth is warming not just because of CO2 emissions burning fossil fuels but also because of massive undersea pressures that are pushing up volcanoes under the waters, under the ice caps and spewing out methane gas in places like the Gulf of Mexico.

There are many researchers who have come to the conclusion that Earth is far more likely to experience electromagnetic anomalies, solar flares, gravitational changes and Pole Shift caused by the fly-by of Planet X rather than the systemic “repolorizing” (alignment) of Earth energies as our solar system crosses through the Galactic Plane of our Milky Way Galaxy in 2011.

But perhaps it is the combined effect -- a unique synergy that is greater than the sum of both transformative influences --
which will define what has been called “TEOTWAWHKI” (The End Of The World As We Have Known It”).

If you think that the truth of 9-11 and UFO’s and extraterrestrials is covered up for reasons that are truth-challenged, that’s nothing compared to the official blackout and debunking of the truth of PX.  Every other “hot media crisis” we see on TV is a mass diversion from the imminent crisis facing everyone… like rearranging the deck chairs on the Titanic.

All truth goes through three stages:
First it is ignored; passively denied.
Then it is opposed; actively ridiculed.
Finally, it is accepted as self-evident.

The real story of Galactic and PX forces behind Earth changes -- the combined electromagnetic and gravitational forces -- will not be reported on the boob tube for reasons which are disruptive to status quo “BS” (Belief Systems).  But the truth will not budge.

“Every 3,660 years, the colossal pendulum-like obit of PX brings it
into our Solar System, attracted by the enormous gravitational pull
generated by our Sun's equivalent mass of 330,000 earth-masses.

So, let's do the arithmetic. Begin by assuming that this giant comet
is on the final stretch of its orbit when it will pass over Earth's head,
loop over and around our Sun, and thus be catapulted, once again,
back out into deep space.

“Year 2,012 minus 3,660 years takes us back to 1,648 B.C. when
geologists say there occurred the great volcanic explosion of
the Santorini caldera, whose drifting ash cloud was described
in Chapter 9 of the Book of EXODUS of The Holy Bible. This
volcanic explosion was just one of many global catastrophes which
were recorded contemporaneously in ancient Egyptian and Chinese
annals, as well as passed down through Mayan, Mexican, and Aztec
legends (i.e. by different civilizations all around the World).

“Year 1,648 B.C. minus 3,660 years takes us back to 5,308 B.C. when,
according to geologists Pitman and Ryan, the Great Flood of Noah’s
day destroyed the World. These geologists base their dating of the
Flood upon stark geological evidence involving the Black Sea.

“Year 5,308 B.C. minus 3,660 years takes us back to 8,968 B.C. when,
along with ancient historians, geologists following the school of
Velikovskyan evidence of global geological catastrophism
- as opposed to the now-discredited school of geological gradualism -
report that the great globally catastrophic sinking of Atlantis occurred.” 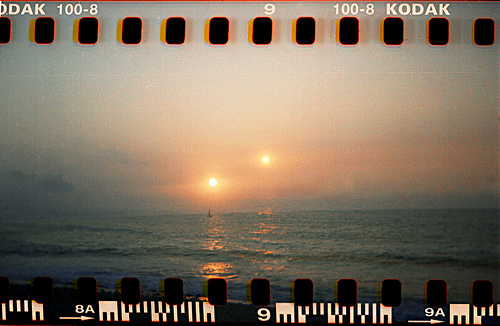 Approximately 60% of Earth's population would likely die in a severe Atlantis-like pole shift,
and approximately 30 percent after the pole shift, largely from starvation and disease.
Of those who survive, many of the living will be unwilling to let go of the "PAST"
(Post Apocalypse Syndrome Tenacity); severe mental illness from shock
and the aftershock of the 'reboot' of one's brain fields following the
electromagnet shift of Earth fields accompanying pole shift).

See: "May the Source Be With You".

See also: "Bible Prophecy in Revelations re: 'Wormwood'"
at www.heartcom.org/Wormwood.htm

For another excellent web site on "Nibiru" (Planet X),
go to: http://www.detailshere.com/niburu.htm

The Big Shift coming will not determine who is right -- only who is left.
And the truth of the timing and dimensions of the Big Shift
are better understood at a soul level.

In the larger cosmic scheme of soul evolution, shift happens.
Souls go to where they are coming from...
and the great testing of souls awaits the
big drama of the Big Shift... ready or not.

Support your future now and use your credit card while you can
to get high quality long-term food reserves and health supplies
for a limited time only. Contact for best options on delivery:
UltraMedics@mcn.net

A barter economy will naturally follow the tribulations and
food will be scarce, remaining a high value commodity of
exchange and for 'community building' for many years.

Back to 'Part One" on Galactic Alignment