The Great Testing of Souls on the Path of
Conscious Evolution

The test that's best for all souls

Continued from "Co-Creation with Unity Conscience"

This time of great testing has been ordained from the beginning of time.
For some this is a bitter cup, seeing only the problem with the opportunity
to get ‘off the cross’ (past the crucifixion) with an upward-mobile Spirit.

Others see the opportunity with the ‘crucifixion problem’,
how to conceive, believe and otherwise achieve the
resurrection and ascent of Conscience.

Just remember that the highest and best opportunity, within a true meritocracy,
is to be centered like the eye of the swirling hurricane-force winds of change.
This requires hyper-vigilance, unceasing prayer in a calm meditative spirit
as will reflect, ‘perfect’ (resurrect) and direct the ‘whole’ (holy) Spirit of
universal

"The only 'sin'" if you will, is interfering with the growth of a soul,
your own or anyone else's, and the result is DEvolution
with as many more chances as needed NOT to do that."
~ Message from Matthew (August 1, 2007)

There is no security - no protection - without this purity:

The shift is hitting the fan.

The winds of change have their own agenda. Mankind is reaping the whirlwind
of human perversions of power for control over the resources of humanity.

Wars and rumors of war are self-evident.  The plague of cancer is now
compounded by Fukushima radiation contaminating the food chain.

The whirlwind of global Earth changes is also accelerating with
the frequency and intensity of earthquakes and volcanism,
and many are already suffering if not dying in despair.

The Big Shift coming will soon be self-evident,
bringing global humanity to their senses,
realizing that only a 'Higher Power'
in Co-Creation with humanity
is the Spirit that matters
for transformation
of our world.

The 'fan' is governing the shift

The Winds of Aquarius are fanning the flames of ‘cosmic fire’
with the liberating energies of ‘Freedom in Love’ as
will govern the birthing of a new Common Sense
in the collective Conscience of humanity,
finishing what US Founders began
with a global rEVOLUTION in
the new unified field of
Co-Creation with
Conscience.

In this Conscience, the higher vibrational energies of
The Most Powerful

in the World
will naturally re-polarize Earth for rebirth.

The 'solar wind' of cosmic energy, streaming via galactic alignment at this time,
has consecrated a big shift of energies in the morphogenic field which is
morphing our DNA with morphogenetic resonance in consciousness
and in the morphic grids of Mother Earth in the travail of birth.

Realize that the “cosmic fire” of galactic alignment of our solar system with
the Galactic plane is activating our Sun in coherent resonance with
hundreds of billions of star systems in our Milky Way Galaxy: 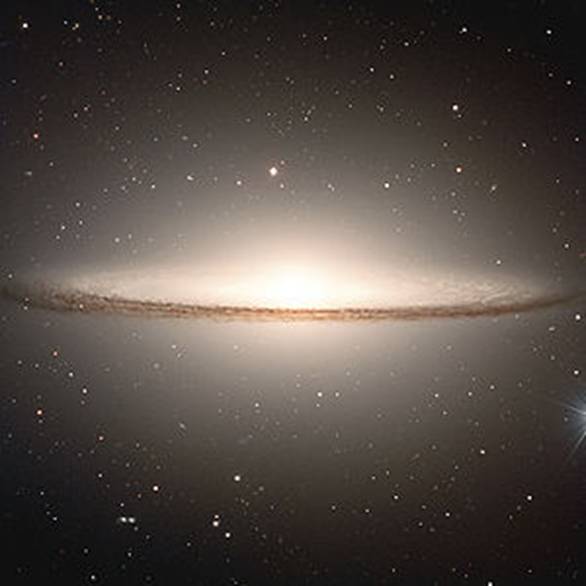 Photograph of another galaxy, depicting what our Milky Way Galaxy looks like
from deep space. Note the ‘Photon Belt’ of the Galactic plane that our solar
system crosses in its 25,900 year orbit above and below the Galactic plane.
This infuses the Earth with a ‘Great Light’ in alignment with 300+ billion stars
channeling the cosmic fire of the Great Central Sun on Earth as in Cosmos.

Realize that cellular change in our DNA is created at a quantum level
- the cosmic fire of Galactic Alignment shape-shifting our DNA -
according to the Great Law of coherent resonance with our conscious
“e-motion” (energy-in-motion) which is either in harmony with Spirit
or in dissonance as is the cause of all dis-ease at a quantum level...
which is a "SIN" (Stuck In Negativity) against the Spirit that matters.

False-flag terror creates dissonance as a low vibrational energy
which is being neutralized by the massive influx of cosmic fire.
The judgment of ‘evil’ as an ‘energy veil’ of dark-side powers
is the final consequence of Mass Awakening in full Conscience.

This ‘cosmic fire of Unity Conscience’ in our Galaxy and Solar System
is now sparking our DNA through resonance with a Higher Power;
The Most Powerful

This is the fiery judgment unveiling mysteries of Conscience at this time.
This is the fiery nature of dimensional shift as ascension. The role of conscientious common sense for a new
‘Unity Conscience’ is becoming self-evident.
The power of a new freedom-in-love
is defining and refining our
Effective Sensory
Perception;


"Forgive them Lord, they know not what they do."

The blame game is off the mark.  Obviously, God loves the poor in Spirit
or so many of us would not have been blessed with the profound
opportunity of life, as well as the challenges unto death.
Just as poverty of Spirit will always be with us,
so does the abundant life always follow
an abundance of the holy Spirit;

-in-action as is
for giving.

In the larger scheme of the eternal evolution of the soul,
the abundant life as the opportunity of incarnation
-- the physical test that’s spiritually best --
always prospers with the abundant
Currency of Conscience.

Those who optimize the opportunity for testing
are given greater opportunity – greater tests.

Eternal progression on the path of conscious evolution is naturally
bound by the Great Law which honors the Spirit that matters.

By that Law of laws, results always parallel pure intention as
focuses attention with love’s retention in the eternal process:
evolutionary ascension into higher dimensions.

As the veil thins, we are increasingly accountable.
If we don’t “pay it forward” (

is for giving),
there is ‘payback’ as increasingly ‘instant karma’.

Beyond blame is the real game; how to win stripes for ascension.
In this ultimate game, we’re either busy being born or busy dying.
Every conscious choice we make is either for our conscious evolution
with the Spirit that matters, or for lack of love, there’s a lack of light.

The "principalities of darkness" want us be ANGRY at them,
to keep the masses bound to them with strong emotions of
negativity which feeds the dark side with faithless fear.

That's why the rules of engagement with this enemy is DON'T ENGAGE!
Rise above negative energy.  Either the wisdom of love transcends
the inversion, subversion and perversion of the Great Spirit,
or we become as miserable and dis-eased as "DUH"
(Dense, Unconscious & Heartless).

By heaven’s grace, a new Conscience will witness a new humanity,
the birthing of Conscientious Common Sense for a New Earth.

This Common Sense at the quantum level is a new Unity Conscience.
At a collective conscious level, it is Co-Creation with Greater Wisdom.
At a global physical level, this Common Sense is birth of a New Earth.

Earth as a living BEING (BE IN God-love) is ascending to higher frequencies.
The birthing of nurturing-caring energy is the first principle of Mother Earth
in marriage to Father-in-Heaven.  Together they are getting ready for
“the Great Purification” in terms of the ancient Hopi prophecy for
this unique time to align one’s BEING, on Earth as in Heaven
The Most Powerful

Whatever your concept of ‘God’, whether it be simply ‘divine Love’,
the ‘Spirit that matters’, ‘Co-Creation with the Great Spirit’,
or simply a process of ‘atonement’ (for ‘atONEment’)
with ‘All That Is Real” (Unity Conscience, etc.),
a new conscientious common sense
is initiating heart coherence as
naturally comes up higher
with embrace of:

in the World,
on 'Mother Earth' as in 'Spirit Heaven';
Earthly Purpose ∞ Unity Conscience.

There is a divine order to Universal Co-Creation which is our divine destiny.
"Geometrically Ordered Divinity' has always framed the 'Law of the Angles'
with the 'Language of the Angels" - the angels of our better nature.

This combined integration of

Hang ten and surf the tsunami 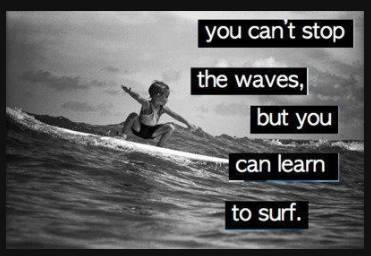 The massive change wave which is about to transform Earth is not the enemy.
It is ordained by a Higher Power - higher than DUH's puny comprehension of
Universal Co-Creation.

One for All and All for One

Be ONE with the One Law of what goes around, comes around...
reaping what we sow... as we surf the cycle HOME and back. 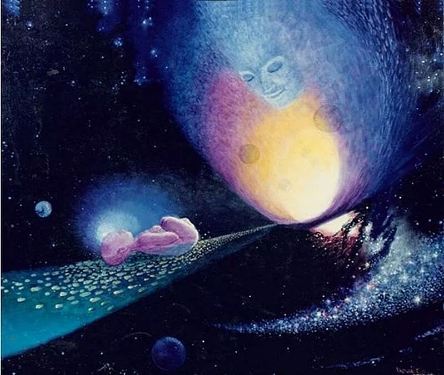 To each their own soul contract for atONEment. OWN IT: the highest and best use
of your gifts and talents for service to others... the love that is for giving.
If we forget to forgive, so will we eventually reap the whirlwind of
unforgiving experience in the larger scheme of soul testing.

Pay attention to the Seers and Visionaries, the wise-knowers and way-showers.
Attention pays given pure intention for your evolutionary ascension.
Truly, the only thing we will take with us past this life is
the record of how much we truly loved.

The message of the ageless Gold Standard is paramount at this time:
to love with all your heart and all your mind and all your strength
and your neighbor as thy Self – your Higher Self which embraces
the golden rule/law language at the heart of every golden age.

The path of the ascension ‘home’ is not a mystery when known.
We ascend to the extent that we center and connect with the
momentums of mastery in good Conscience… pure intention
as pays attention to one’s resurrection and ascension with
The Most Powerful

So Take Heart... Pay it forward.

"One individual who lives and vibrates to the energy of
pure love and reverence for all of life will counterbalance
the negativity of 750,000 individuals who calibrate at
the lower weakening levels."
~ from the decade-long research with millions of tests utilizing behavioral kinesiology,
documented in "POWER VS. FORCE - The Hidden Determinants of Human Behavior"
by Dr. David R. Hawkins , M.D., PhD in Psychology

There is nothing more valuable than your vision
of virtue and valor as will contribute to the
victory of Conscience as will ‘get it’ so
you can ‘give it’ (pay it forward),
DOING what the rich-in-Spirit
are able and willing to do,
fulfilling the holy Spirit

-in-action
at the heart of

To those who have been given much, the rich in Spirit,
even more shall be added unto you as you so choose.
The keys to the Kingdom Conscience whereby all are
“KING” (Keys to INtegration with G.O.D.) are within...
The most powerful

in the world for the
United Sovereigns
of Earth. 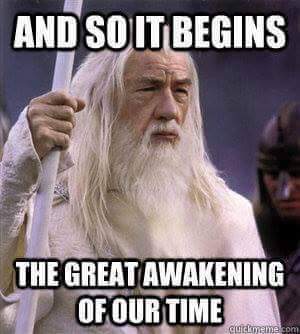 As The Alliance Unites for the Victory,
May The Force of Source be with US!

Author of 'On the Path' and 'Continuum News'