As for Internet news, while it is still available: 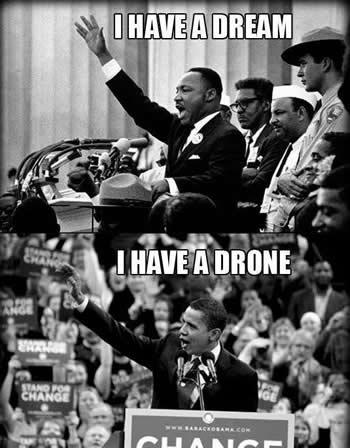 Monday’s speech by Skull and Bones member and current Secretary of State,
John Kerry, set the stage for attack, and corporate media is now reporting that
the attack could be this week. (They can hardly wait.~CR) See full article HERE:


Syria: Another Western War Crime In The Making
By Paul Craig Roberts
August 26, 2013 Information Clearing House
Washington and its British and French allied governments are poised to
again reveal their criminality. The image of the West as War Criminal
is not a propaganda image created by the West's enemies, but a
portrait that the West has painted of itself. Continued HERE.


Excerpts:
Gen. Clark: "We're going to war with Iraq? Why?"
Answer: "I don't know... I guess they don't know
what else to do...
If the only tool you have is a hammer,
every problem has to look like a nail."

This is a good definition of insanity... to do what was always done
yet expect different results... giving meaning to the expression,
"D.U.H." (Devoid of conscience, Unconscious and Heartless).
Desperate insanity that has relied on terror-for-tyranny tactics
- for power over people rather than of, by and for the people -
was advanced by the REAL terrorists, used in the U.S. on 9-11,
and typically relies on the same tactic until it eventually backfires
with global condemnation of such outrageous moral depravity.
On August 21st, 2013 chemical weapons were used in the Syrian conflict again.
U.S. allies did not hesitate to take advantage of the tragedy, decrying it as a
morally outrageous crime against humanity and using it as a springboard
to announce their preparations for military strikes against the Syrian
government. Make no mistake, this was a crime against humanity,
but the gas was NOT used by the Syrian government.   As the
following article, with videos, makes patently self-evident,
the poison gas was used by the NATO backed rebels.
Evidence: Syria gas attack work of U.S. allies
by Jerome R. Corsi / Aug. 26, 2013 / WorldNetDaily
Several important videos are included showing
contrary evidence arising as U.S. considers
going to war with the Syrian government.
Read MORE

Note that the “U.S. allies” mentioned above are those countries dominated
by subservience to global Rothschild banking interests, especially in
the U.K., U.S., France and the Rothschild’s proxy State, Israel.

News Link  •  Israel
“Greater Israel”: The Zionist Plan for the Middle East
08-26-2013  •  http://www.globalresearch.ca, By Israel Shahak
The following document pertaining to the formation of “Greater Israel”
constitutes the cornerstone of powerful Zionist factions within the
current Netanyahu government, the Likud party, as well as within
the Israeli military and ‘War By Deception’ Intel establishment.

Modern Israel was created via preemptive terror war tactics
that expanded rapidly after 911 -- for "Greater Israel" -- by
working to destabilize independent sovereign countries
such as Egypt, Iraq, Libya and now the Syria gateway
to Iran... for global hegemony in the Middle East as
the petrodollar nexus of/for geopolitical control.

News Link  •  Obama Administration
15 Signs That Obama Has Already Made The Decision To Go To War With Syria
08-27-2013 / theeconomiccollapseblog.com

Mainstream media news has been compromised.
It is so highly scripted to fit the globalist’s agenda
that it rarely represents our well-informed choice,
the first principle of any good public news service
as truly serves public ‘consent of the governed’.

On Monday, a new Reuters/Ipsos poll showed that a scant 9 percent of respondents
approve of the Obama administration attacking Syria. Even approval of Congress
ranks higher at 15 percent approval, according to the Washington Post.

News Link  •  Syria
US Set to Launch 'Iraq, The Sequel', in Syria
08-26-2013  /  http://www.lewrockwell.com, By Daniel McAdams
If you liked the run up to the US attack on Iraq, with the lurid fictional
tales of mobile chemical weapons labs and Saddam's nukes,
you will love "Iraq, The Sequel", currently unfolding in Syria.

Like public health care, before it was privatized,
mainstream media was intended to represent the
public commons, our conscientious common sense.
But that intent is obviously blatantly compromised.

News Link  •  Future Predictions
Yahoo News 1-30-13: US 'backed plan to launch chemical weapon attack on Syria
08-26-2013  /  Daily Paul.com
Leaked documents have shown that the Obama administration gave a green signal to a
chemical weapons attack plan in Syria that could be blamed on President Assad's regime
and in turn, spur international military action in the devastated country.
Read Full Story

Later, Bush Jr's administration condemned Hussein's previous use
of chemical weapons as one of many reasons for preemptive war.
The Bush Family has a long history as war profiteers who serve
the plutocrats, banksters and sociopathic corporations that value
their self-serving power-to-profit above Constitutional principles.

News Link  •  Syria
Report: War Looms: Hundreds of American Troops and CIA Operatives Have Entered Syria
08-24-2013  •  shtfplan.com
While the media panicked over the halting of NASDAQ stock trading due to a reported bug
in the system (more on that shortly), one critical development went under-reported. In fact,
it wasn’t reported at all.

‘Wag the Dog’ agenda-driven propaganda
is now the norm rather than the exception.
Deception now is tyranny on war steroids.

The whole world is 'burning' with the pain of awakening to the prospects of
world war and hell on Earth, IF we don't seriously get our act together and
expose the treason and treachery advancing a dark agenda of mass death.

The global Internet has awakened global humanity to the enemy
within the gates of America’s Constitutional Republic, but many
Americans are either blinded by cherished illusions, apathy or
willful ignorance, preferring victim dictum rather than the truth.

News Link  •  Syria
Navy ready to launch first strike on Syria
08-26-2013  •  telegraph.co.uk
Britain is planning to join forces with America and launch military action
against Syria within days in response to the gas attack believed to
have been carried out by President Bashar al-Assad’s forces
against his own people… (If you believe that, CR).

The biggest enemy of the Whole Truth has always been the
Big Lie that is so BIG and so bold and so often told that,
as in the case of Hitler’s Germany, the public goes along.
The difference now is that the Internet is outing the lies.
That’s why it’s important to use it now or we may lose it.

Get the picture? See the treachery? Would you agree
that the public can stop encroaching tyranny only if it
is well exposed and publicly condemned for what it is?

NPR is the intellectual’s equivalent to FOX News.
Same spin – a counterclockwise downward spiral
that talks like it represents truth and love of liberty
while spinning a web of deceit and destruction of
core Constitutional freedoms at the heart of liberty.

Inspectors In Syria Forbidden From Finding Out WHO Used Chemical Weapons, Only IF They Were Used
Washingtons Blog / August 27, 2013
The fix is in.  The Wall Street Journal reports:
The [weapons inspection] team must be able to conduct a full, thorough and unimpeded investigation,
said U.N. Secretary-General Ban Ki-moon on Sunday night. However, the team is only mandated
to determine if chemical weapons were used, not who used them, Mr. Ban’s spokesman said.
In other words, even if it was the rebels who carried out the attack, it will still be used
as an excuse to attack the government. The fix is in.
The U.S. may get the war it planned 20 years ago.

The ‘solution’, as globalist plutocrats and sociopaths see it,
is outlawing guns and other Constitutional rights on the way
to war, martial law and population reduction as prelude to
their “New World Order” (Odor) that stinks to high heaven.

Saudis Threaten Russia With Olympic Terrorist Attacks Unless It Abandons Syria Support
Steve Watson / Infowars.com / Aug 27, 2013
Details of secret talks between Putin, Saudi prince leaked;
Intel head admits to controlling Chechen jihadists in Syria.
Saudi intelligence has issued a tacit threat to have terrorist attacks carried out in Russia at the
Winter Olympics in February 2014, should the state continue to support the Assad regime in Syria.
The threat was revealed in leaked transcripts of a closed-door meeting three weeks ago
between Russia's Vladimir Putin and Saudi Prince Bandar bin Sultan. READ MORE.

Watch this recent August 24th interview with Foster Gamble for a
good overviews of the current crisis facing global humanity:

Note the comment by Foster that the globalist elite have had a long agenda to
bring down the United States with economic collapse to institute their totalitarian
agenda for a New World Order. Foster explains this is now being orchestrated
because the U.S. is the last bastion of civil liberty defended by public gun rights.

The ‘solution’, as people of Conscience see it, is a global
rEVOLUTION in higher consciousness that recognizes the
the Big Lie and Whole Truth, and prefers unfettered Truth
as will liberate hearts and minds for up-wising and up-rising.

The ‘World Order’ needed is consistent with the American Dream
that U.S. Founders conceived and believed would export freedom’s
flame to the world that is now waiting to be born globally for “US”,
The United Sovereigns of Earth.

March on Washington: 50 Years Later, Has the Dream Been Realized?
Mitch Potter, The Star
Potter writes: "It is easy to forget, looking through a lens 50 years long,
that what is now widely regarded as America's most cherished speech
wasn’t just about freedom." [Economic inequality is now much worse, CR]
READ MORE

An Awakened Conscience Naturally
Wises Up, Rises Up and Stands Up
For Our Common Wealth with a
Higher Standard of Common
Truth and Universal Love.

Own the Vision, Virtue,
and Valor for Victory
of Global Freedom
via United Love.

The Heartcom Network
Networking for the Net worth of
a more enlightened Net reality.

Sponsoring message "To Your Health":

BE the healing change you want to see.