No Longer a 'Conspiracy',
MSM Now Advocating Spraying Particles Into the Sky
to Dim the Sun
Sept 13, 2019  /  TheFreeThoughtProject.com
Geoengineering, once the subject of conspiracy theories,
is now being advocated for by mainstream media. 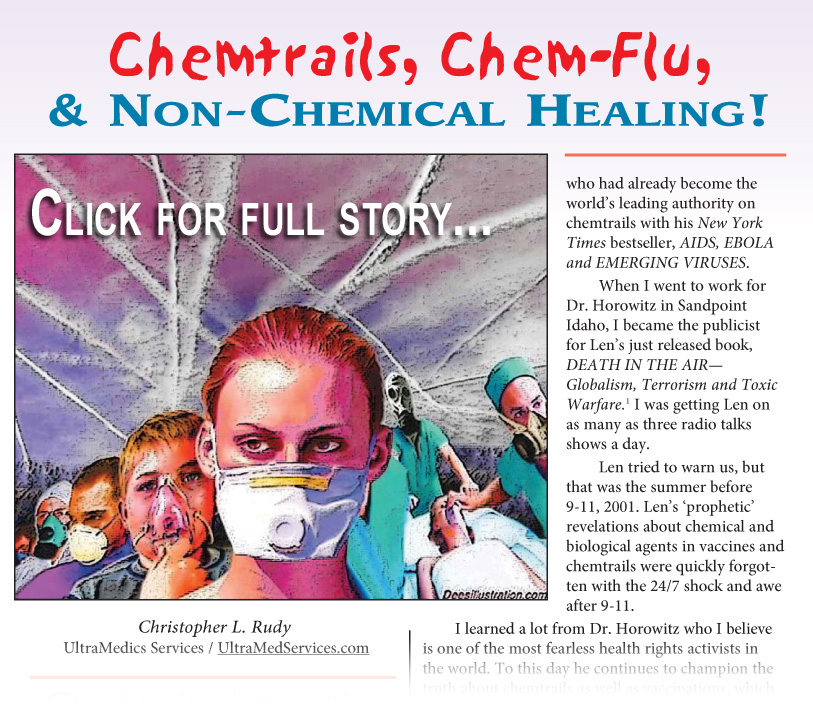 On April 29, 2017, Peter A. Kirby did a presentation (video below) in San Francisco  outlining some of his research and theories on Chemtrails we see in the sky above   us almost every day in most parts of the Western world, and on how they got there.
In the Summer of 2016, Kirby published his comprehensive Chemtrails Exposed: A New Manhattan Project.

The In-Our-Face Censored Reality of 'Chemtrails':

The Nebula 2 - World's Concerns About Chemclouds and Weather Modification
The Nebula is a shocking short film/documentary based in the reality of weather manipulation
and the reactions of people towards it. The Nebula 2 is a collection of videos put together
showcasing concerns about chemical clouds, geoengineering and 'Death In The Air'.

How long has this been going on? You might be shocked to know.

"The study was secretive for reason. They didn't have volunteers stepping up
and saying yeah, I'll breathe zinc cadmium sulfide with radioactive particles,"
said Professor Martino-Taylor. Through her research, she found photographs of how
the particles were distributed from 1953-1954 and 1963-1965.  Continued HERE. 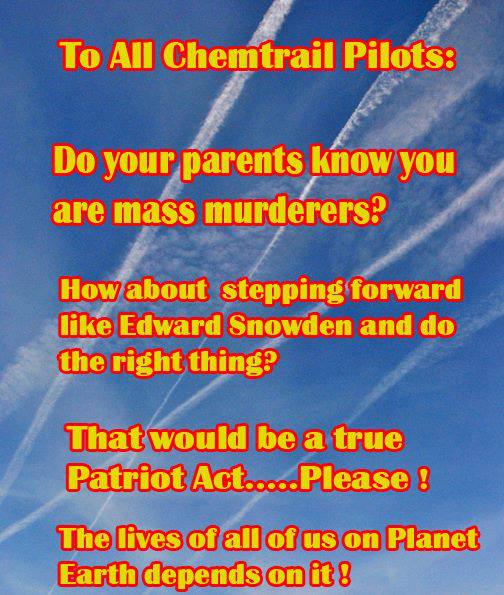 Excerpt from:
12 Major Illusions Sabotaging Realty (No. 6)
by Christopher Rudy

What in the world are they spraying? 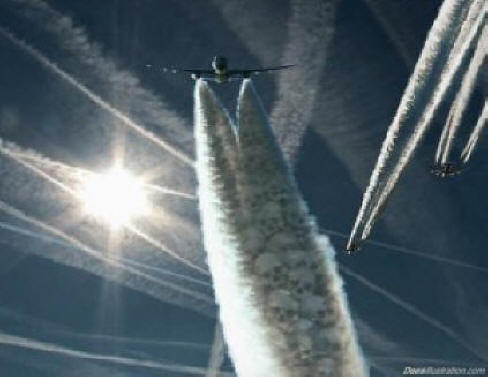 This is it! The long-awaited follow-up documentary about chemical aerosols is here.
Please share it with everyone you know. Just send them this convenient short link
to this page: www.heartcom.org/ChemtrailsInfo.htm

Order your copy of "What In The World Are They Spraying" at this address:
http://www.whyintheworldaretheyspraying.com/purchase-dvd

Chemtrails look like contrails or clouds behind jets flying overhead,
however chemtrails behave differently than contrails.

Chemtrails are described as unnatural emissions [trails] originating
from aircraft, that are harmful to Humans, nature, and Earth,
also referred to as geo-engineering, which is deliberate,
and large-scale intervention in Earth's climatic system.
Scientists Seek To Legitimize Catastrophic Geo-Engineering
while Acknowledging it's catastrophic effects: Article HERE.

Why In The World Are They Spraying?
http://youtu.be/mEfJO0-cTis

Chemtrails: Prove-it to yourself!
http://rense.com/general11/chemtrailproveit.htm

Kristen Meghan, former Air Force Bio-Environmental Engineer gave a
ground breaking presentation of what she discovered about
chemtrails while serving her country.

This brave young lady has put her livelihood / life on the line for U.S.
Thank her and help U.S. by redistributing this video and any other
valid information about chemtrails to as many people as you can!

Scientific research now explains
why they are spraying the world.
http://youtu.be/ZfjDEWHsfdU 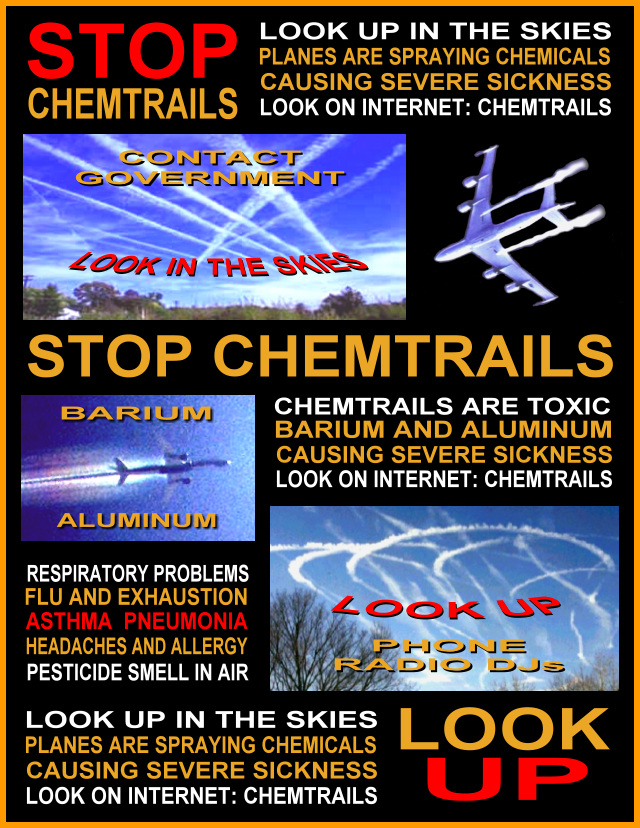