Three Learning Styles that can be improved
through disciplined self-awareness:

Left-brain logic via “pattern recognition” (scanning) skills…
to get a HEAD:


The VISUAL dominant left-brain learns by “getting the picture” or otherwise “seeing the pattern” that organizes information IN FORMATION from a “Big Picture” perspective.  The left brain “feels” with the mind – the "Intellectual Quotient" (IQ) intelligence with the ability to connect the symbolic dots or otherwise get the picture of intelligent content of an in-depth nature, maintaining that as one's “standard” (evaluation criteria) for conscious discernment of meaning, value and purpose in the larger scheme of divine order.  When afflicted (in excess or out of balance), the perceptual strengths of a left-brain dominant individual becomes a weakness; analysis paralysis - thinking through a limited vision or habit of left-brain logic. This afflicted (narrow-minded) paradigm is so overspecialized and compartmentalized that it sees only a small part of the Big Picture, or is color blind to much of the color spectrum of thought and feeling.  Full-spectrum disorder – a form of autism -- can’t relate to what other cognitive habits conceive and believe. That disorder is limited in its ability to see the “Big Full-Color Picture”, losing the sense of the "sacred" (holy whole) that conveys what a healthy left-brain would call common sense, as uncommon as that may be when one’s left-brain disconnects from the right.

The AUDITORY dominant right-brain is the “nonlinear” (spherical) consciousness that has more to do with instinctive or intuitive “attunement” -- hearing the “feeling vibe” from a “Big Loving” perspective.  The right brain “thinks” with the heart – the "Emotional Quotient" (EQ) intelligence with the ability to know or otherwise attune to the frequency of loving content of an in-depth nature, maintaining that as one's “standard” (evaluation criteria) rather than thinking through some vision or habit of left-brain logic.  The sacred circle of one's sphere of influence maintains equidistance between the center and ALL parts of the circle.  When afflicted (in excess or out of balance), the perceptual strengths of a right-brain dominant individual becomes a weakness, off center, or otherwise too nonlinear and open without boundaries.  That causes a loss of “equal distance” between the center of the “sacred circle” (color wheel) and the different bands of color (full-spectrum of conscience) in that circle of wholeness.  For example, a habit of drinking alcohol will dissolve the fatty sheath that insulates the brain neurons over time, dissolving the boundaries that define emotional intelligence – to know the difference between anger and a more mature consciousness that doesn’t go mad by getting mad (or depressed for short-circuiting one's vitality and conscience).  Such affliction is the “full spectrum disorder” that cannot discern the distance between the pain or pleasure that others are feeling, making it personal or impersonal based on pain-avoidance or pleasure seeking rather than the Big Picture of the consequence for lack of greater compassion.  That disorder is another example of full-spectrum autism – the inability to feel or otherwise experience the sense of separation and suffering that only the common sense of “spherical conscience” (holy compassion) can overcome.


The KINESTHETIC dominant balanced-brain is the combined synergy that optimizes the coordination of hemispheric skills of the left and right brain.  The whole brain learns by doing -- the "Coordination Quotient" (CQ) is the ability to process new information of an in-depth nature, referencing both the left and right brain strengths for comparable intelligence in both form and frequency.  This coordination is learned from the earliest age through “motor skills”, like crawling that balances left-right brain coordination before walking.  Coordination at the base of the brain eventually evolves to the higher brain coordination in the master gland corresponding to the 3rd eye chakra – the pituitary gland.  For wholly enlightened people, that life-long process of evolving coordination creates a centered and connected Presence in the pineal gland, corresponding to the “crown chakra”.  That “Enlightened Presence” is the paradigm shift that global humanity is moving towards... like a still mountain lake that reflects the heavens while allowing vision to see beneath the depths of water to understand the nature of subconscious habits as well as the full glory of heavenly realms above.  But for most people, KINESTHETIC coordination has not evolved to this lofty perspective.  The very young are still developing mastery of emotional skills (EQ) in their formative years and intellectual skills (IQ) in their later years, ideally built on a mature emotional body.  The goal in this on-going learning process is self-mastery as holistic integration of these skills -- full-spectrum mindfulness that reflects and perfects the integrated healthy conscience of a holistic whole or otherwise holy spirit of divine love-in-action.   Our public education system has yet to self-correct with age-specific integration of these core processes of consciousness in the primary formative years, like the Montessori Method, Kindermusic, Shichida Method, and other accelerated learning techniques in the primary formative years.  The human brain rapidly starts developing soon after birth. At the age of six, 70% of the brain is developed, and at around the age of 10, almost 90% of the brain is developed. To make corrections or changes later on will prove to be an incredibly hard task, and great effort will be needed for it.  Wise parents will nurture the integrated balance of head, heart and hand in these primary consciousness-forming years.  Granted, it will take a while before our education institutions finally embrace an integrated comprehension of “learning styles” that better optimize the primary purpose of education – to learn HOW to think rather than just WHAT to think.

What a novel idea...
... evolving intelligence in a new global village
that is waiting to be born in the image and likeness of the
golden rule/law language for a golden age of enlightened consciousness. 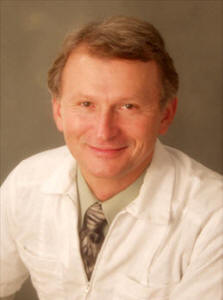 PS:  The better one’s grasp of these cognitive processes of consciousness involved – for evolving conscientious mindfulness – the better the results for the evolutionary ascension of conscience -- the lessons learned that each soul takes beyond the grave. One of the most effective tools for culturing self-awareness, in regard to ones learning style, is the Profile of Self-Mastery (PSM).  Such self-learning is the 1st stage of self-correcting self-governance on the path of self mastery through a "balanced 3-fold nature" -- the integration head, heart and hand in all four archetypal dimensions of believing (spiritually), thinking (mentally), feeling (emotionally) and doing (physically).  The PSM is free with your membership in the HEARTcom Network - see Founder's Program.  It objectifies that which is typically subjective, exercising your discernment of your developed and undeveloped cognitive gifts and learning style -- a conscious process for knowing better to know thy self as the first stage of doing better -- to heal thy self for an optimal healthy self. ~CR

Note: Excerpt above is part of the July 4th 2009 "Global Independence" message
that has evolved from the more abstract Summer Solstice message for 2009,
“Global Healing Coordinates”.